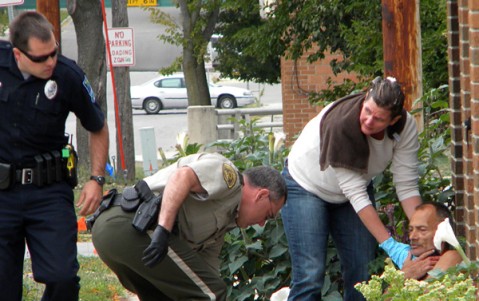 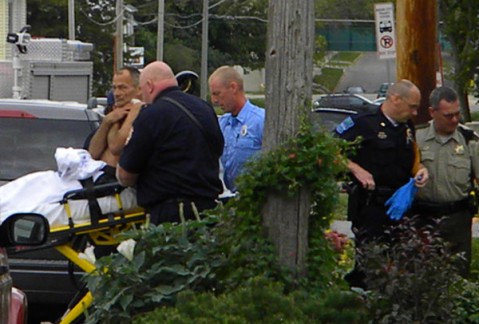 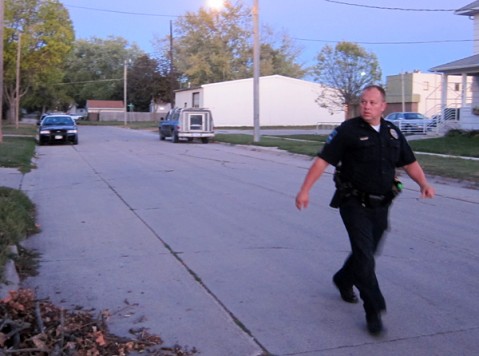 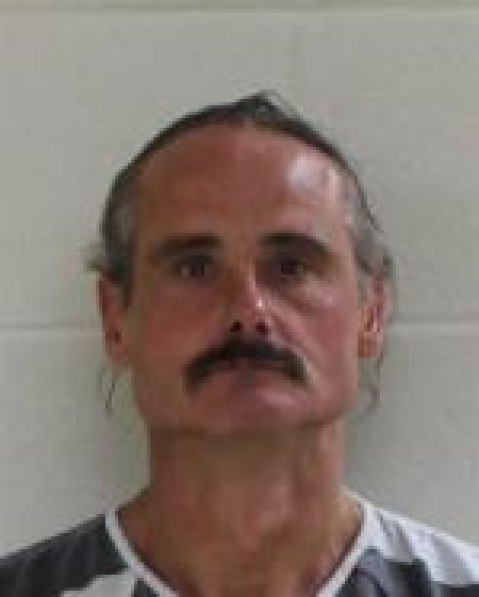 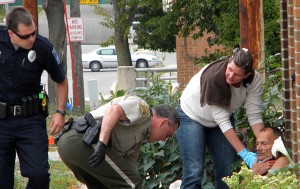 A man with a stabbing wound is tended to Saturday afternoon in Mason City.

MASON CITY – Saturday night at about 7:30 PM, Mason City Police arrested a man they had been searching for since an afternoon stabbing incident.

The victim, now identified by Mason City Police as Ricky DeMaris, age 54, was transported to Mercy Hospital with what police now describe as a life-threatening stab wound to his neck.

Witnesses had observed DeMaris on the sidewalk on the 200 block of 1st Street SW, calling for help.

DeMaris was treated at the scene briefly by paramedics and then at the hospital went into surgery and is now in intensive care and in stable condition.

Then this evening, Mason City police and Cerro Gordo County Sheriffs apprehended a sought after suspect, Michael Young, Jr. of Mason City.  He looked to be caught at 218 8th Place SE, and police were in a shed there investigating.  He was considered armed and dangerous.

“There are 9 police cars and sheriffs out here,” a caller to NIT informed.  “They have the entire block surrounded.”

“We got him,” Klemas said.  “The man wanted for the stabbing today.”

More information likely to be released by authorities soon. 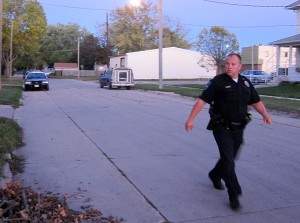 Sgt. Steve Klemas immediately after a suspect in a stabbing assault was arrested. “We got him,” Klemas said. 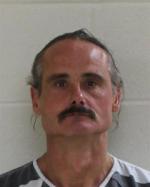 MASON CITY – Shortly after 1 PM Saturday, authorities took a report of an injured person.  It was reported that a man had his throat cut and was sitting outside a building at the 200 block of 1st Street SW.

Cerro Gordo County Sheriffs and Mason City police responded to the scene and the man was taken by ambulance to Mercy Hospital with what turned out to be a serious wound.

Law enforcement are searching at this time for a suspect who may have injured the man.

No further information was immediately available. 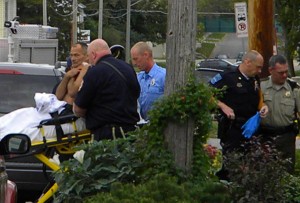 A man with a “superficial” wound is tended to Saturday afternoon in Mason City.