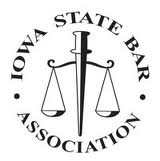 The Iowa State Bar Association is joining the campaign to support the Iowa judicial merit selection system and all the judges and justices up for retention this November, in an effort to prevent what happened in 2010 when three Iowa Supreme Court justices were ousted.

The bar’s board of governors approved a plan earlier this week submitted by its Fair and Impartial Courts Committee that includes a postcard mailing, car window stickers, speeches to civic groups and a “Yes Iowa Judges” statewide tour, according to a news release. The tour will come through Cedar Rapids on Tuesday. Specific locations for the tour stops will be released next week.

The focus of association’s efforts will be to promote the retention of all 70 judges and four justices standing for retention, and part of that focus will be for bar members to respond and correct any misinformation about Iowa’s judicial system.

“Our bi-annual Judicial Performance Evaluation Review (formerly called ‘plebiscite’) of the 74 judges up for retention this year demonstrated that all are well qualified in the areas important to fair and impartial administration of justice, and should be retained,” Cynthia Moser, association president, said. “Our goal is to let Iowans know they can feel confident that their freedoms are being protected, and they should vote yes to retain the judges who provide that protection.”

The “Yes Iowa Judges” statewide tour will travel to 19 communities around the state beginning 9 a.m. Monday at the state Capitol. A mobile display vehicle sporting large red white and blue signs stating “Yes Freedom, Yes Liberty, Yes Iowa Judges” will park at a specific location in each community. Association members will address the media and members of the public and answer questions.

The week long tour coincides with the bus tour sponsored by the Family Leader and several other organizations in their anti-retention campaign against Justice David Wiggins, who was part of the 2009 ruling that led to legalizing same-sex marriage in Iowa.

According to bar officials, members during the tours will provide Iowans with the truth about the state’s judicial system and its judges and justices as a “counter-balance to the misinformation frequently espoused by vote no groups.”

Communities visited by date and time include:

The Iowa State Bar Association is a voluntary organization of more than 8,000 lawyers and judges who are licensed to practice law in the state of Iowa. Oldest of the voluntary bar associations in the country, The bar has been in continuous operation since its founding in 1874.