This news story was published on July 25, 2020.
Advertise on NIT • Subscribe to NIT 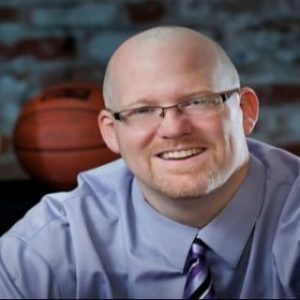 Vaught, who was an assistant boys basketball coach at Stewartville High School in Minnesota, was hired as the seventh women’s basketball coach in school history on Friday. He will succeed Todd Ciochetto, who left after the 2019-20 season to become the head women’s coach at Seward County CC in Kansas.

“NIACC has a great tradition in athletics,” Vaught said. “Everyone knows that NIACC is always so competitive every time they take the court or field. (NIACC president) Dr. (Steven) Schulz is a big supporter of athletics and it’s something I wanted to be a part of.”

Before coaching at Stewartville, Vaught was an assistant boys basketball coach at John Marshall High School in Rochester, Minn., from 2017-19.

He also served as an assistant boys basketball coach at Rochester Mayo High School from 2011-16.

Vaught also coached at the Minnesota Timberwolves and Minnesota Lynx basketball academy from 2014-18 and for the past three years has coached at the Karl-Anthony Towns basketball camp. Vaught was selected as the coach of the camp in 2017, 2018 and 2019.

“I’ve worked a ton of camps,” he said. “One thing is the same between men and women – the great players want to be coached and want to get better.”

Improvement is one item that Vaught is passionate about when it comes to the game of basketball.

“I want my teams to get better and I want my players to improve and get better,” Vaught said. “I want to help them take the next step. When our players are done here, I want them to be able to say that they improved when they were here.”

Vaught takes over a NIACC women’s basketball team that has claimed that has qualified for the NJCAA Division II national tournament in back-to-back seasons. Ciochetto compiled a record of 153-46 in six seasons at NIACC, including three NJCAA Region XI titles.

“Coach Ciochetto did a great job,” Vaught said.”NIACC has a great tradition and I want to continue that.

“I’ve got a lot of work to do and I’m excited to get started.”

And the work has already started for the new coach.

“I got the job (Friday) and I started recruiting (Friday),” he said.

Vaught was on campus Thursday for an interview.

“I was really impressed with the campus and the athletic facilities,” he said. “Everyone that I came across was very nice and made me feel so welcome.

“(Men’s coach) Mark Mohl gave me a tour of the campus and it has a real family feel to it. I’m thankful to (NIACC athletic director) Dan Mason for this opportunity. I really appreciate it.”

As far as a basketball style that Vaught’s Lady Trojans will play, he was non-committal.

“But I believe that your style of play should be based on the type of talent you have from year to year. If we have a year where we have all-American type post players, we may play a slower style. If we have small, quick guards, we will push the ball.”