Tina Wald, Author of “Railroad Man, Legend of Lil’ Jay” will be at Hobo Days 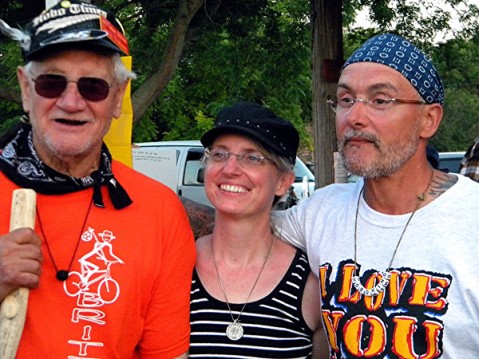 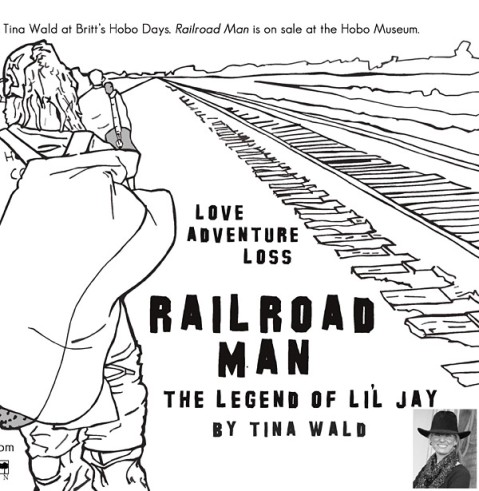 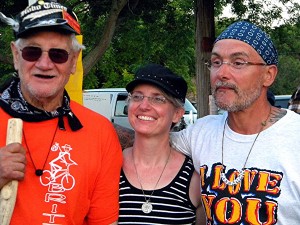 BRITT, IOWA – Britt, Iowa is famous for its annual Hobo Days where hobos and friends from across the country and literally around the world gather for the Hobo Convention. Next to the tracks that run through town there is a shelter with picnic tables near a fire pit. Tents and campers will cover the surrounding acres.

This week, starting August 9th, is the Annual Hobo Days in Britt.  Along with the usual events, Tina Wald, Author of “Railroad Man, Legend of Lil’ Jay” will be there for a book signing (see photo, right, from 2011).

Michigan’s most famous hobo was Lil’ Jay, aka Hobocore. Jay died in 2006 when he fell from a freight train in Washington. Saturday, August 13, 2011, during Britt’s Hobo Days, Lil’ Jay’s ashes were scattered at the National Hobo Memorial just east of the Hobo jungle. 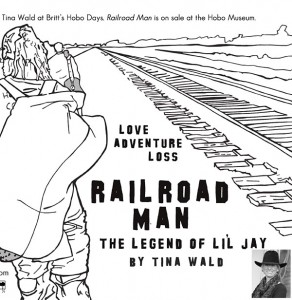 “Railroad Man, The Legend of Lil’ Jay is a fascinating tribute to the meaning of freedom and what is really important in life. It explores the journey of a young man determined to live beyond the confines of normal social convention; and the freedom he discovered has the power to profoundly change us all.” -Matt “Bean” Bahena, former Rail Yard Manager

Jay’s biography, “Railroad Man, The Legend of Lil’ Jay” was released May of 2011 and author Tina Wald came from Michigan to attend Hobo Days (2011) and to scatter Jay’s ashes at the Memorial. The event was filmed by a crew from London, England, who were doing a documentary on the American Hobo culture.

London Times writer Joe “London” Woby flew into Sacramento, California and hopped the Transcontinental Line to Omaha, then hitched rides the rest of the way to Britt. He wanted to attend Hobo Days as a bona fide train rider. Cameraman Mark Kelly wasn’t as adventuresome, and he had his equipment to protect, so Kelly flew into Des Moines and drove to Britt. For the weekend they became Britt’s Brits as they interviewed hobos for their readers back home who are unfamiliar with the American hobo culture.

“Rosie is my daughter, Jay was my son-in-law,” said Wald. “Rosie started back to college the fall of 2010 and made straight A’s. She spent the summer backpacking Europe and just flew back to the States today. She’s registered for fall classes again. It took her a long time to recover. The end chapters of the book hint at her difficult recovery. It was during those initial months of shock that we decided to collect stories of Jay and compile his biography. It turned out way more incredible that I ever imagined when we set out to write the book. Sales have been steady and interest continues to grow, so I have great hopes for this book.”

Author Tina Wald has spoken before audiences in Illinois, Iowa, Louisiana, Maryland, Michigan, New York, North Carolina and Ohio. Based in Southeast Michigan, the author travels frequently and may be available for speaking engagements along the road. Come to Britt and talk with Tina, buy her book and get wrapped up in a new adventure.

One Response to Tina Wald, Author of “Railroad Man, Legend of Lil’ Jay” will be at Hobo Days