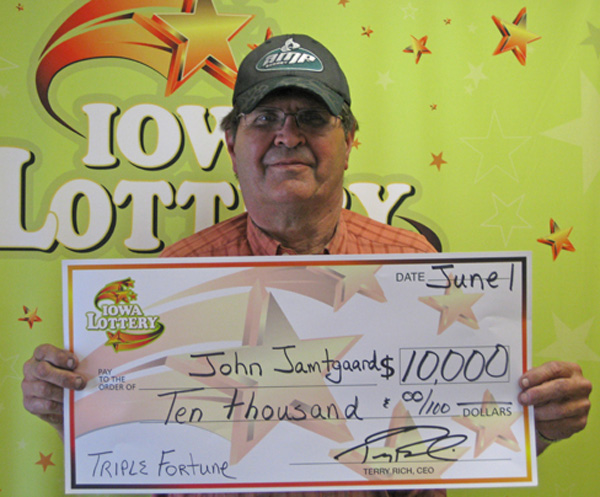 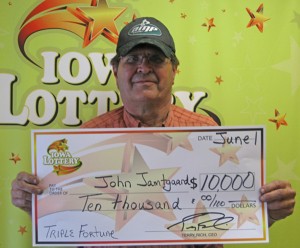 DES MOINES, Iowa – A Mason City man couldn’t believe it when he won his second big lottery prize purchasing a scratch ticket from the same store.

Jamtgaard said he scratched his ticket at Winnebago where he works as a welder in Mason City. One coworker was there when he scratched the ticket.

“I get tired of playing the same ones all the time so I’m always looking for the new ones,” Jamtgaard said as he claimed his prize Friday at the Iowa Lottery’s regional office in Mason City.

Jamtgaard said he plans to use some of his winnings to pay bills. He is the first top prize winner on the Triple Fortune game.