Urdahl to be challenged by Klinksiek for Supervisor 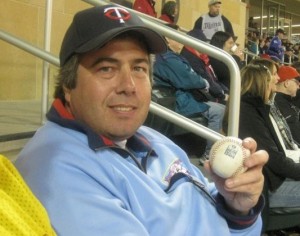 Klinksiek, a 42 year-old truck driver, is running as an Independent.

Today via phone, Klinksiek said “It’s time for a change.”  He said Urdahl has been in office “long enough.  Twenty-four years, that’s a long time.”

Klinksiek pointed to the condition of the North Iowa Fairgrounds as an example of Urdahl’s time as a Supervisor.  “The place is in bad shape, all under his watch.”

Klinksiek also said today he would have “no problem” engaging in an NIT-sponsored debate with Urdahl that would be video-taped and shared on Youtube.  “I’m fine with that, set it up,” he said.

Urdahl will be on the ballot as a Democrat, but he has sought campaign help and contributions from staunch Republicans.

Urdahl approached Dr. Gary Blodgett of Clear Lake for help in raising funds for his re-election campaign some months ago.   Dr. Blodgett obliged and wrote a fundraising letter which was mailed out to several dozen potential donors.  This despite the fact that the Urdahl campaign had over $15,000 already on hand.

Read the letter that Blodgett wrote for Urdahl here.

“I’m doing this all on my own,” he explained.

Klinksiek invited anyone with questions to call him at 641-420-9715 or send an email to kyle.klinksiek01@gmail.com.

63 Responses to Urdahl to be challenged by Klinksiek for Supervisor