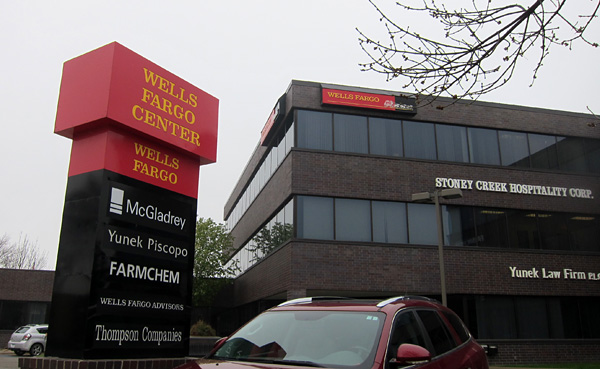 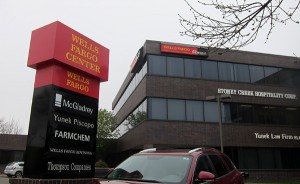 As refinancing applications continue to flood in, Wells Fargo and Co. used a surge in mortgage banking to post another record-setting quarter of profits, the bank said Friday.

The country’s largest mortgage originator beat analysts’ expectations by earning $4 billion attributable to shareholders in the first three months of the year – up 13 percent from the year before.

The bank’s revenue, an area of weakness for the industry since the financial crisis, reached $21.6 billion, up 6 percent from the year before.

With total loans decreasing slightly and income from lending remaining flat, mortgage banking became the key driver. Revenue there surged 42 percent, to $2.9 billion – making up a quarter of the bank’s fee income.

“We love the mortgage business,” CEO John Stumpf said in a conference call with analysts. “We love it because our customers love it.”

Partly to bring in the revenue, the bank’s expenses were higher once again despite an ongoing effort to cut costs. Wells said this was due to seasonal salary expenses, higher incentive pay in mortgage banking, brokerage and insurance, and higher litigation expense.

“We characterize the results as strong,” analysts with Stifel Nicolaus wrote in a research note. “We believe the company remains relatively well positioned in a low loan growth environment as strong mortgage banking provides a good lever or bridge until strong loan growth becomes more sustainable.”

Investors weren’t as excited. By the afternoon, Wells Fargo’s stock was down about 2 percent.

Wells Fargo joined JPMorgan Chase and Co. as the first of the major banks to report results. Wells moved up its report this quarter to be on the same day with its New York peer, which traditionally had been the first to disclose its results and set the tone for the earnings season.

Wells ended up earning less than JPMorgan’s net income to shareholders of $5 billion, or $1.31 per share.

Bank of America Corp. will report its earnings next week.

“Our diversified business model, focused on basic banking, generated another quarter of outstanding results,” Chief Financial Officer Tim Sloan said on the call. “We are well positioned to continue to grow.”

Like JPMorgan’s chief executive, Stumpf told analysts that he believes the housing market is nearing the bottom, and hopes low prices will finally spur people to buy homes.

That should combine with growth in federal Home Affordable Refinance Program originations to continue to boost mortgage banking, Stumpf said.

Mike Mayo, an analyst with CLSA, questioned whether that was a sign of “mission creep” at the bank.

“The company today clearly has evolved,” Stumpf responded. “What’s stayed true around here and will continue to stay true is that it’s all about long-term relationships with our customers.”