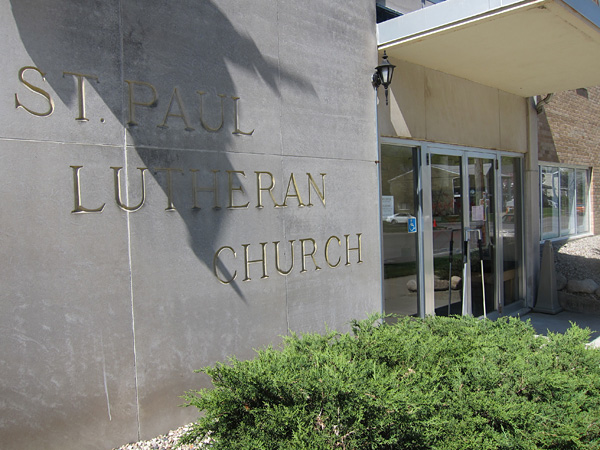 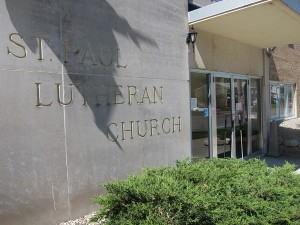 MASON CITY – A Mason City man was arrested Thursday night after becoming enraged at a drug rehab meeting and smashing glass doors at a church.

Paul Nieman, 44, was arrested for four simple misdemeanors after he walked into St. Paul Lutheran Church, 329 East State Street, and sat down at a narcotics anonymous meeting.

One person who attended the meeting told NIT that “a man who said his name was Paul came from a house directly across the street (to the east) from the church.  The man was clearly drunk, and high.  The man was barefoot, and unkempt.”

The source said that “after about 10 minutes (at the meeting), the man just got up and left. But as he left, he turned off the light switch, which darkened the room. As members groped in the dark to get to the light, a loud, smashing sound was heard by everyone there, coming from the area of the front door.”

“Glass – 100’s of pieces, large and small, and shards – littered both the outside sidewalk, and grass on both sides of the entrance doors (what was left of them), and inside the church’s entry way.  It looked like a bomb had gone off,” a man at the meeting told NIT.

Meeting members called 911 and MCPD were there quickly to apprehend the man at his home across the street from the church.

Mason City Police said Saturday that Nieman “decided to wrestle with the officers,” but was ultimately taken into custody.

Church officials had the doors repaired and there are now no signs of the trauma.

– Possession of a controlled substance