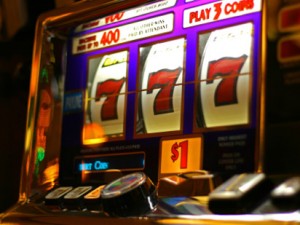 Online poker enthusiasts’ run of luck has run out.

The Iowa House doesn’t plan to take up Senate File 2257, which the Senate approved 29-20 earlier this week to legalize online poker and bring it under state regulation.

House Speaker Kraig Paulsen, R-Hiawatha, said there has been a “general lack of interest” in the topic among his 60-member GOP caucus.

His members have not “caucused” or met to discuss Senate plan to allow competing hub operators to partner with state-licensed casinos under the control of the state Racing and Gaming Commission to operate online sites for registered players ages 21 and older within Iowa subject to the state’s current gaming fee structure.

“What are we in? Week 10?” Paulsen said March 15. “I don’t know if I’ve had three members mention this subject to me … until this week when the big hub-bub was.”

That was when the Senate spent less than 10 minutes on the floor debating the bill.

Proponents and state officials said regulating online poker that currently is going on in Iowa via illegal offshore wagering operations would provide protection for Iowa players, curb underage participation, and generate adjusted gross receipts estimated between $30 million and $60 million for state-licensed casinos and between $2.9 million to $13.2 million in yearly tax revenue for the state. Current gaming licensees would be able to apply individually or jointly for an internet wagering license for poker, contract with a hub operator, allow players to establish an account, deposit money in it and use the balance for online wagering that would be limited to Internet poker.

In spite of the action in the Senate, Paulsen said there has been no conversation among House Republicans about legalizing online poker.

“I don’t know if it was that the gaming lobby was working hard over there or there was a particular champion in the Senate, but there seemed to be quite a bit of discussion in the Senate on it,” Paulsen said.

However, he hasn’t received any pressure from House Republicans or the lobby to move the bill, Paulsen said.

Members of the House State Government Committee said there were not enough GOP votes to move the bill to the full House. Chairman Peter Cownie, R-West Des Moines, said March 14 he would schedule a committee meeting for later Thursday in anticipation of the SF 2257 being read in when the House convened Thursday morning. Although the bill was introduced, the State Government Committee did not meet.

Receiving the bill on the final day of House action before the Legislature’s funnel deadline did not give the chamber time to act on legalizing online poker, Paulsen said. March 16 is the Legislature’s self-imposed deadline for non-money measures to clear one legislative chamber and a committee of the other to remain eligible for consideration this session.