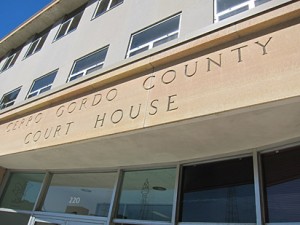 The board was chaired by former Mason City Mayor Tom Jolas. Other on the board were Dave Theiss, Rich Finstad, John Stone and Bill Cody.

“This is not the year to be aggressive,” Jolas said.

The Cerro Gordo Coutny Supervisors will take the recommendation and make a final decision later.

In Cerro Gordo County, the county attorney (11th), the auditor (12th), the recorder (10th) the sheriff (11th) and the treasurer (10th) are loosely paid near the counties’ rank in population (13th). The Supervisors are the sixth-highest paid in the state, making $45,331 each.

The supervisors could actually vote themselves a pay decrease if they feel so inclined.

Watch video of the meeting:

13 Responses to Board recommends pay raise for elected county officials