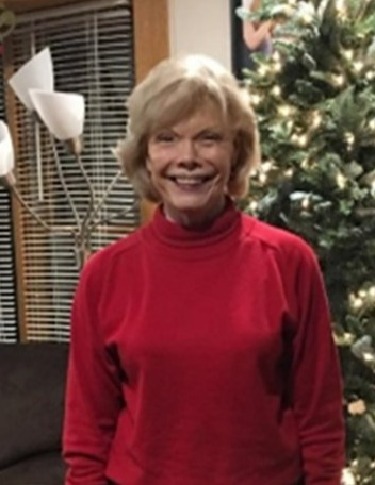 Nancy Anne Thoma peacefully passed away in her sleep on November 28, 2022, in her home in Osage, Iowa.

Nancy was born October 3, 1950, in Los Angeles, California, the oldest daughter of Charles and Sylvia West. Nancy graduated from Claremont High School in Claremont, California and then attended the University of Southern California. Nancy then moved to Durant, Iowa. In 1978, Nancy welcomed a son, Brett. In 1985, a daughter, Kristin, was born.
Nancy lived life in a big way and was a progressive thinker. She liked challenges, pushing herself, and valued education. Nancy was a lifelong learner. She earned an accounting degree from the University of Iowa. After practicing as an accountant, Nancy earned her juris doctrine from the University of Iowa Law School in 1993. Nancy furthered her education and earned an L.L.M from Georgetown University Law Center specializing in tax,

After graduation, Nancy returned to California and started her legal career at Coopers and Lybrand in Newport Beach, California. In 1996, Nancy moved to Northern Virginia for a career at Ernst and Young in corporate mergers and acquisitions. Nancy spent most of her professional career working for the Internal Revenue Service in Washington D.C. as a tax attorney.

Nancy was happiest when she was with her children and grandchildren. She was an avid sports fan, but she often could not watch her favorite teams because she feared that she would jinx them. Therefore, she always recorded the games and, when her team lost, the recordings were deleted while recordings of winning games were watched over and over. Nancy also loved dogs. She especially loved Xara, her pet German Shepherd. She liked to travel but her favorite place was Yosemite National Park in her home state of California. Nancy’s favorite time of the year was Christmas. She was a meticulous person who spent hours decorating the perfect Christmas tree.

In May 2020, Nancy was diagnosed with stage four cancer. Although deeply saddened by the diagnosis, Nancy never gave up on herself or her ability to heal. Nancy sought treatment at the Mayo Clinic in Rochester, Minnesota, and eventually relocated to Osage, Iowa. Nancy went through several rounds of chemotherapy. And when the standard treatment stopped working, Nancy refused to succumb to the disease and signed up for any experimental therapy available. Nancy was a fighter.

Nancy was preceded in death by her parents, Charles and Sylvia.

In lieu of flowers, memorials in Nancy’s name may be made to cancer research at Mayo Clinic, Department of Development, 200 First Street SW, Rochester, Minnesota 55905 or to the German Shepherd Dog Rescue of Iowa, Inc. at 7170 21st Avenue, Van Horne, Iowa 52346.
.