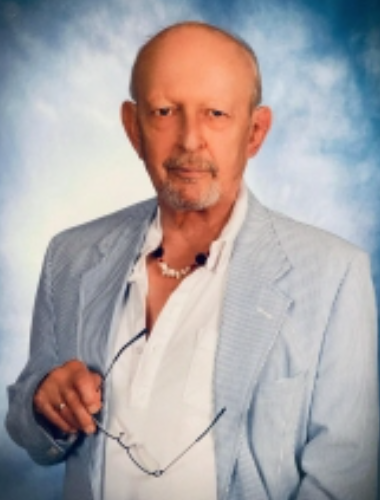 A memorial Mass for Gene Martin will be held at 10:30 a.m. on Tuesday, July 19, 2022 at Immaculate Conception Catholic Church in Charles City with Reverend Tom Heathershaw officiating.

A gathering of family and friends will be held one hour before Mass at the church on Tuesday.

Eugene “Gene” Lewis Martin was born to George and Chloris (Cowell) Martin in Eldora, Iowa on June 27, 1937. He graduated from Eldora High School in 1955, then packed up his clarinet and set out for his beloved University of Iowa, majoring in Music Education. He, and lifelong friend Larry Linkin, battled for principal chair of the clarinet section, studying under famous clarinet professor, Himie Voxman. Gene was thrilled to travel to California with the Hawkeye Marching Band for the Rose Bowl in 1957 and 1959.

In November 1959, after an Iowa-Notre Dame football game, Gene asked his college sweetheart, Jan Mishak, to marry him. She said “yes” and they began their 47-year journey on August 13, 1960.

Gene graduated in 1960 and joined his good friend, Bob Gower, as co-directors of elementary school band in Williamsburg, Bob taking on brass and percussion and Gene teaching woodwinds. When Bob was hired as director of bands for Charles City High School, he convinced Gene to come with him to create an orchestra program. Gene agreed, but having no experience with strings, he gamely started taking violin lessons and began building the immensely successful program which became his professional legacy.

In 1961, Jan and Gene welcomed their first daughter, Tracy, and in 1965, their second daughter, Terry, was born.

Over the next 37 years, Gene and Bob created a music program whose excellence was a point of pride for Charles City. Their students earned “Superior” ratings year after year in both large group and solo contests. Dozens of Gene’s woodwind and string players were selected for All-State Band and Orchestra, and many went on to careers in music education and performance. Gene rocked the International Marching Band competition in Winnipeg when he entered his “Marching Strings,” a never-before-seen innovation. He directed the orchestras for several high school musical productions, conducted “The Messiah” with the strings and chorus for holiday seasons, and taught individual lessons through the school and privately.

Gene, along with Bob Gower and choral director Chuck Ruzicka, presented the first Fine Arts Festival in 1969. Over the years they brought such talents as Clark Terry, Bud Brisbois, Stan Kenton, Count Basie, Rich Matteson, and many others to CCHS, giving students incredible opportunities to clinic and perform with world-class musicians.

Gene’s hobbies and interests were many. He could be found on the golf course, occasionally chasing down his flying club; at his cabin on Stony Lake in Minnesota; at Kinnick Stadium; in his backyard listening to jazz, classical, and blues; wailing on his bari sax “Bertha” at the Three C’s; or in the kitchen whipping up an authentic Caesar salad.

Thousands of students have been inspired, educated, and/or terrified by Gene Martin; they are the living legacy of a man of fortissimo talent, passion, and love.

Gene was preceded in death by his parents; wife, Janice on September 2, 2007; brother, Roger (Judy) Martin; and his niece, Christi Kane.

In lieu of flowers, please consider making a donation to the Gene and Jan Martin Orchestra Scholarship which will be set up at First Security Bank & Trust in Charles City.