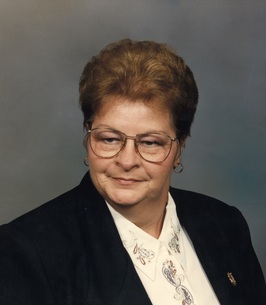 Judith Ann Buck, daughter of Benjamin Lee and Edith Inez (Fletcher) Soper, was born on January 23, 1945 on a farm on the shore of Tuttle Lake near Dolliver, Iowa. She passed away surrounded by her family on July 1, 2022 at Mercy One Hospice Home in Mason City, Iowa at the age of 77.

On March 23, 1963 Judy and Melvin Buck eloped to Redwood Falls, Minnesota, where they were married. She graduated from high school in Ceylon, Minnesota shortly after that. The couple made their home in Estherville for a short time before travelling around for various jobs. The couple travelled and worked for the carnival for a while. They eventually settled back in Estherville to raise their family. Judy finished her working career at Polaris. In 2019, Judy moved to Mason City and resided at Good Shephard Nursing Home, where she met and gained many friends.

Judy was a past member of Calvary Baptist, Union Baptist, and Grandview Baptist Churches all of Estherville. She enjoyed being outside; especially fishing, camping, or just sitting at the park watching the birds. Traveling around the area and exploring old graveyards was a favorite past time of Judy’s. She spent many hours playing scrabble with her mother. During her time at the nursing home, she enjoyed playing cards with the other residents, games like 500 and Oklahoma Rummy. Judy taught her grandchildren how to play cribbage. But the things that brought her the greatest happiness and pride were her grandchildren and great-grandchildren. She adored all of them, even if she had to wait a while for her red-headed ones.