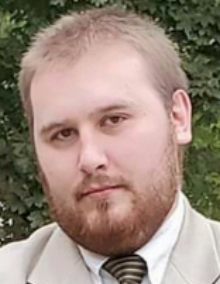 Andrew Gerard Janssen, the son of James and Angela (Curley) Janssen, was born December 22, 1998, in Des Moines. He grew up in Des Moines until moving with his family to Garner in 2010 and Klemme in 2015. Andrew attended Garner-Hayfield High School and graduated from Belmond-Klemme High School in 2017. After graduation he enlisted in the U.S. Army. Following his honorable discharge, he returned to Klemme and continued his education in welding at NIACC in Mason City. He was employed at Stellar Industries in Garner. Andrew enjoyed fishing, playing video games, baseball and cooking.

He was preceded in death by his paternal grandparents, Henry Janssen and Nancy Lunning; and three uncles, Ricky, Lawrence and Michael Janssen.

Andrew’s family would like to thank the countless friends, family and first responders including the Garner Ambulance Service, Klemme Fire Department and the Hancock County Sheriff’s Department for the care and support given to them during this difficult time.