Reminder on the trapping of animals inside city limits 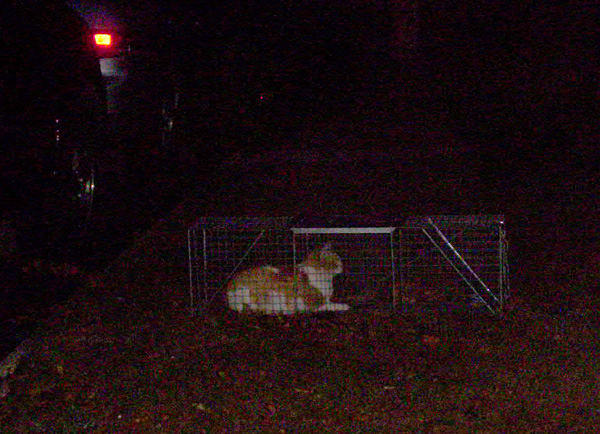 The Mason City Police Department will loan live traps out to citizens or they are allowed to use their own. A deposit is required for traps the MCPD loans out.

The following is the Mason City ordinance.

A. It shall be unlawful for any person to set and maintain animal or bird traps upon public or private property at any time except as follows:

1. Traps set and maintained by the city animal control officers, or by persons acting under written permission of such officers, for the purpose of controlling animals determined by such officials to be a public hazard or nuisance.

2. Humane live box traps on public or private property, with the written permission of the city animal control official. Such permission must detail the approximate location of each trap and bear the identification of the trap’s owner. Such permission shall be withheld if the traps used and/or the locations of placement are deemed to be cruel or a hazard to people or domestic animals.

B. The use of cannibear traps, snare traps, steel jaw traps, leghold traps, spring traps, or any similar device designed to catch and hold the animal by the leg or other part of the body, or which is likely for any reason to cause injury, pain and suffering before death, are prohibited.

C. The animal control officials of the city may, with the approval of the city council, promulgate and publish detailed regulations and policies for trapping in the city of Mason City, violation of which shall constitute a violation of this article.

D. It shall be unlawful to trap or poison any animal or to place or set any device, mechanism or construct any apparatus capable of trapping or poisoning any animal except the following:

1. Use of ordinary spring loaded mousetraps intended to trap field mice inside dwellings located on owned or rented premises.

2. Use of retail rodent poison intended to poison small rodents inside dwellings located on owned or rented premises.

3. When authorized and permitted by the chief of police to abate a health or safety threat, or to prevent damage to real property caused by birds or animals upon property owned or rented by the applicant.