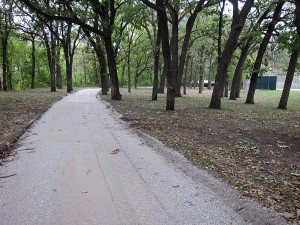 MASON CITY – The Mason City Bicycle and Pedestrian Master Plan project is nearing completion, and the City is seeking citizen input on the draft plan, according to city officials.

A Public Workshop will be held on January 6, 2014 from 5:00 to 7:00 pm in the Mason City Room of the Mason City Public Library, 225 2nd Street SE. A short presentation will be made at 5:30; however, citizens may attend at any time during the workshop hours. Members of the City staff and the consultants will be available to answer questions.

The proposed Mason City Bicycle Route Plan and the Pedestrian Plan will be unveiled for the first time at the workshop. The plans will be presented by the consultants chosen by the City to complete the plan, RDG Planning and Design of Des Moines.

Citizens will have an opportunity to review these plans and make comments. The final plan will be presented to the City Council at their regular meeting on January 21.

“We are very excited to share the final draft of the plans with the public,” said Steven Van Steenhuyse, Director of Development Services. “This plan is a culmination of the planning efforts during 2013, which included a citizen survey and workshops in each quadrant of the City. We received valuable input from cyclists, walkers and those who seek ways to enjoy the outdoors and access all that Mason City offers without having to get in the car. We’re excited about receiving feedback on the draft and making the final refinements to the plan.”

Van Steenhuyse added “The final plan will include implementation recommendations and will also identify costs and sources of funding. We’re looking forward to working with the City Council on future projects that make Mason City a safe and fun place for walking and cycling.”

After the workshop, a copy of the draft plan will be posted on the Bicycle and Pedestrian Master Plan project website, www.activatemasoncity.com. Additional comments and suggestions are encouraged. Those without access to a computer can leave feedback with the Development Services Department, (641) 421-3626.