This news story was published on December 16, 2021.
Advertise on NIT • Subscribe to NIT

A big change was announced earlier in the year for the various different thriving college sports – gaining attention globally as fans tune in from all over and benefitting from changes in the US with the introduction of new betting markets with sites like bet-pa.com being introduced, there’s a promising future ahead for college athletes with the growing ability to take advantage of endorsing and monetising their name, image, and likeness – something that hasn’t always been accessible, and something that is still restricted for some athletes too. 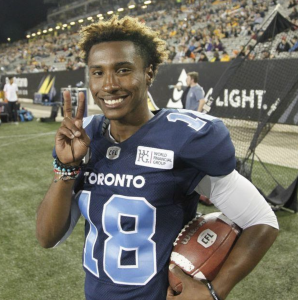 Attention was brought to this a number of years ago with the popular YouTube personality Deestroying, having secured a scholarship at University of Central Florida as his YouTube career was taking off at the same time – he was given an ultimatum, abandon his flourishing YouTube career and continue with his scholarship, or give up his free ride at school and continue on the video platform. Given the huge success that De La Haye has went on to see in his YouTube career, it was the right choice to make, but did go on to perhaps highlight the issues that were existing with the ability for college athletes to make additional money whilst still at school.

Earlier this year it was announced that the NCAA would start to enable options for student athletes and remove the barriers that stopped players from earning – there are some caveats including protections to ensure students aren’t taken advantage of with contracts that could run into their pro career too with predatory agents, but there are some that have already started to reap the benefits with million dollar endorsements and those who are benefitting from social media platforms like Instagram and TikTok too. Not all athletes have been able to benefit just yet, however, as state law will still apply above the NCAA ruling which means some schools can still restrict this choice – but given this may move forward to become a federal option with some more uniformity, all student athletes may be able to enjoy the benefits of endorsement into the future and either set them up for support with a change of career following their college athlete stint, or support them with the knowledge needed headed into a professional career post college too as help bring an end to the cycle of college athletes facing the unknown with bigger contracts too.

There are still plenty of changes yet to come, but as a first step it’s certainly in the right direction and something that will open up exciting future options for many players across many different schools and sports.