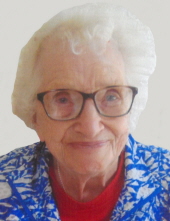 Darlene Heitz’s earthly journey is now complete. We celebrate her life with our memories. A visitation will be held at Hauser Weishaar Funeral Home on Thursday, August 12, 2021 from 5:00 to 7:00 p.m. A funeral service will be at the funeral home on Friday, August 13, 2021 at 10:30 a.m. and will be live streamed on the Hauser Weishaar Funeral Home Facebook page. Masks are not required but appreciated for everyone’s safety. A lunch will follow immediately after the service. Burial will take place at West St. Charles Cemetery in Charles City. In lieu of flowers, memorials can be given to the West St. Charles Methodist Church or the Floyd County Fairgrounds to help furnish the Floyd County Fair Community Center and 4-H food stand.

Gladys “Darlene” Heitz’s life story ended August 8, 2021. Her life’s journey began March 6, 1926 in Rockford, Iowa, the sixth child of Turner and Geneva Baxter. She attended school in Rockford and Greene, graduating from the Greene Community School. While teaching in rural schools of Floyd County she met the brother of a fellow teacher and married Glenn Heitz on March 20, 1949. Together they began farming. In 1957, they moved onto Glenn’s parents’ farm. They tilled the soil, raised cattle, pigs, and chickens and produced a huge garden they shared with many. In 2017, Darlene and her family celebrated living and working on a century farm.

Their children, Carol (Bill) Schmidt, Virgil (Linda), Randy (Marilyn), and Jeanine (Joe) Tudor were taught the value of hard work and of doing a job to the best of their ability. Their faith was of prime importance and together Mom and Dad shared their beliefs with everyone at the West St. Charles Methodist Church. Mom chaired many ice cream socials, Easter breakfasts and funeral lunches. Retirement for Glenn and Darlene meant a move to town, and their love of learning continued. They passed it on to their Grandchildren: Emily Massey, Alyson Baltes, Derek Heitz, Jessica Hall, Monica Brooks, Alex Heitz, Amy Heitz, Eric Tudor, and Aaron Tudor. Great grandchildren Sawyer and Lawson Massey, Taylor and Jordyn Baltes, Charlie Heitz, Asher and Julian Brooks, Magnolia Heitz, Lainey, Benjamin and Micah Hall, and Owen and soon-to-be baby girl Tudor joined to make her family complete.

Mom and Dad became Master Gardeners and recognized the need for a farmer’s market in Charles City. Selling pies and other baked goods and produce made her name well known in the community. However, it was sharing one of her mother-in-law’s favorite cookie recipes that earned her a place of distinction in a farmer’s market article in the nationally known Good Housekeeping magazine.

The last phase of Darlene’s life continued after the death of Glenn in 2013, when she moved into the 9th Street Chautauqua Guest Home. There she led a group of her neighbors in crafts planned by the activity directors; invited her family to join her for her favorite Monday Bingo, and looked forward to Tuesday morning manicures. The caretakers of 9th Street embraced her with loving, welcoming arms. Her church family made sure her faith journey continued by providing rides to church, cards, visits and phone calls up until her final day. We witnessed the loving care of the staff of the Floyd County Medical Center in her last days.

The final generational survivor in both her and Glenn’s side of the family, she was preceded in death by her parents, husband Glenn, son Virgil, brothers Everett and Raymond Baxter; sisters Irene Vandever, Ina Mae Berk, and Marie Neir and Glenn’s sisters: Lois Frankenfield, Velma Schlick, and Lorraine Fox.