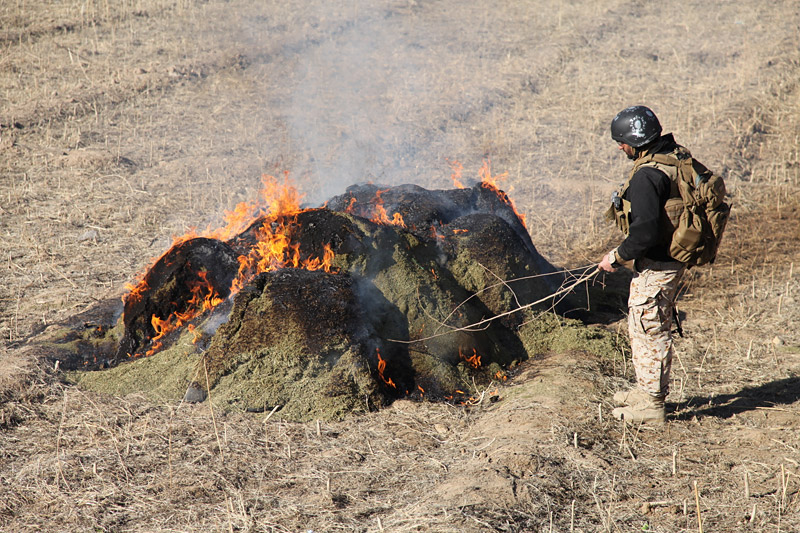 Members of the Afghan National Army, Afghan Uniformed Police, and National Interdiction Unit found about 900 kilograms of the drug as hashish, a resin product of marijuana, and about 400 kilograms of its seed near the Tieranon village.

“The operation was a huge success,” said ANA 1st Lt. Naeen Khan, executive officer of Company A., 2nd Battalion, 3rd Brigade, 205th Corps. “It sends a message to the people that our security forces are working hard to establish peace by accomplishing missions like this.”

“Civilians must not grow or use drugs because it helps the Taliban both with money, to fund their attacks, and manipulates the people,” he said. “If the people are always influenced by drugs, they cannot think straight and make good decisions,” said Khan.

ANSF detained two suspected insurgents found near the drugs. The suspects are in custody of Afghan officials.

“Our people are tired of war and this is the only way I know how to help my people, by capturing and destroying these drugs I am enabling my people to be free and peaceful,” said Khan.