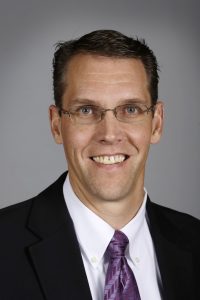 Randy Feenstra, a Republican state Senator from Hull, Iowa, this week announced he would run for the 4th Congressional District seat, held by King.

“Just last December 28, Randy Feenstra told Jeff King, as you know, I love your dad and I would never run against him.’ Today, misguided political opportunism, fueled by establishment puppeteers, has revealed that Mr. Feenstra is easily swayed by the lies of the Left. Today’s announcement by Feenstra is the third attempt by the establishment in as many primary cycles to take the 4th District out of the hands of grassroots Republicans. Further, it’s an obvious attempt to undermine an effective and leading Congressional ally of the President’s whom Trump frequently refers to as ‘the world’s most conservative human being.’ From his statements, it appears that Mr. Feenstra offers Republican voters nothing but warmed over talking points from liberal blogs and failed Democratic candidates.” 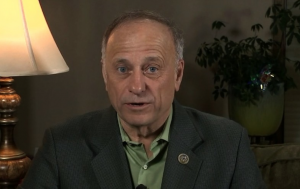 “I am looking forward to hosting a town-hall in all 39 counties this year,” said King. “Town hall meetings are an opportunity for members of the public to express their concerns to me, and for me to deliver my constituents an overview of the work I am doing in Washington on their behalf. During my time in Congress, I have visited all 382 towns in the 4th District, and I look forward to holding a town hall meeting in all 39 of our District’s counties this year.

“Save the Date!” for Congressman King’s 2019 Town Hall Meetings with Constituents

The Establishment is at it again. I will be on WHO Radio 1040 with Simon Conway at 6:05 PM CT. pic.twitter.com/YN6JoTz0ia