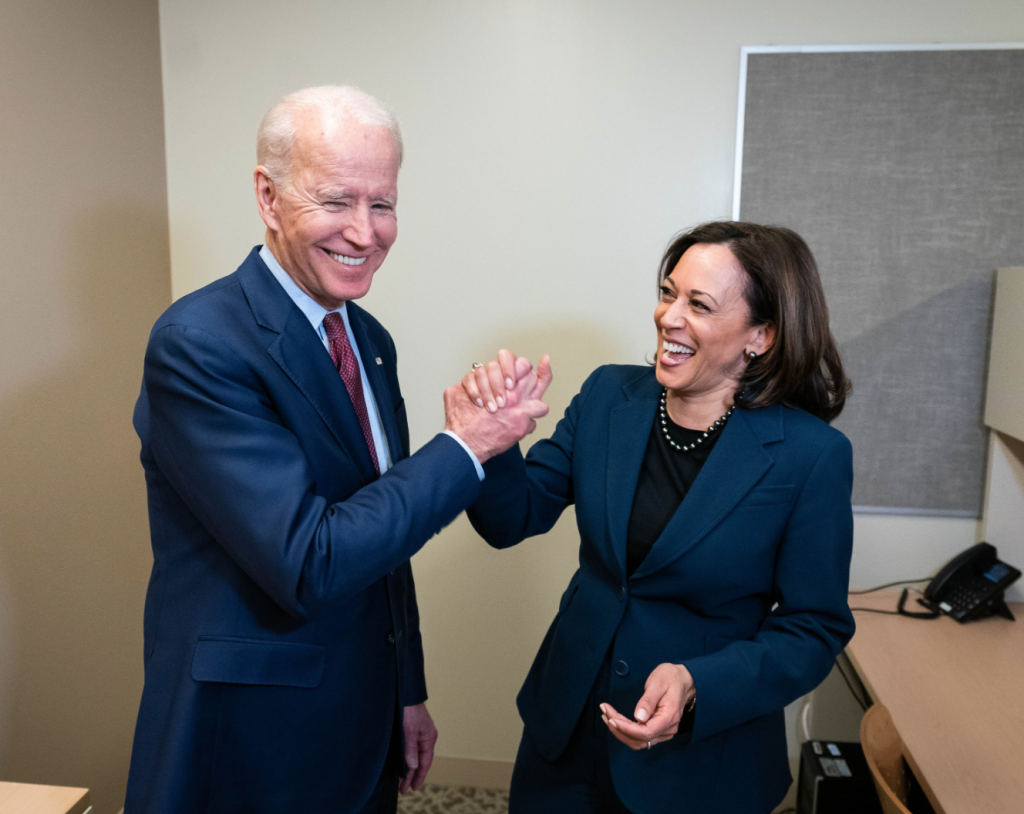 WASHINGTON, D.C. – Joe Biden has been elected President of the United States.

After tedious counting of legally-cast votes since polls closed Tuesday night, Joe Biden has rounded up at least 290 Electoral College votes – 20 above the threshold of 270 needed to win. Today, Pennsylvania (20), Arizona (11) and Nevada (6) were all called in favor of Biden, putting him well over the top. Typical red state Georgia remains in favor of Biden but has not been called yet; he leads by about 7,000 votes there with 16 electorals on the line.

Kamala Harris is his Vice President.

Donald Trump will be a one-term President – the first since George H.W. Bush was defeated by Bill Clinton in 1992. He refuses thus far to concede the election and is holding press conferences and numerous tweets disparaging the American voting system.

54 Responses to Joe Biden elected President of the United States