CEDAR FALLS – The Panthers hosted the Norse of Luther College in the McLeod Center on Tuesday night, defeating the division III opponent 110-51 to move the Panthers to 8-1 on the season.

The Panthers dominated the game from start to finish in a record-breaking night. The Panthers set new McLeod Center records in Points (110), field goals made (42), three-point field goal attempts (38), and tied the rebound record (50).

UNI scored the first 17 points of the game without missing a shot before the Norse scored their first points. Antwan Kimmons hit a jumper at the buzzer to give the Panthers a 60-24 lead at half. After 20 minutes of play the Panthers had shot 72% (26-36) from the field and 47% (8-17) from beyond the arc.

The Panthers stretched the lead to 60 points in the second half after a pair of free throws from Antwan Kimmons with 1:23 left in the game. Kimmons totaled 13 points, dished out a career-high 5 assists, and grabbed 2 rebounds on the night.

Noah Carter led the way for the Panthers scoring 25 points, shooting 10-16 from the field and 4-8 from behind the arc. Carter also grabbed 8 rebounds & dished out an assist. AJ Green scored 19 points, dished out 4 assists, 3 rebounds, and 1 steal.

Monday’s victory marks just the second time the Panthers have scored over 100 points in the Ben Jacobson era.

The Panthers, now 8-1, will get 8 days of rest before taking on a nationally ranked Colorado team. The Buffaloes are 6-0 on the season with games against Loyola Marymount and Kansas before taking the floor with the Panthers. As of December 1, the Buffaloes are ranked #20 by the Associated Press and #24 in the USA Today Coaches Poll. The two teams will take the floor on Tuesday, December 10 at 8:00 PM CT with the game be broadcast on the PAC 12 Network. 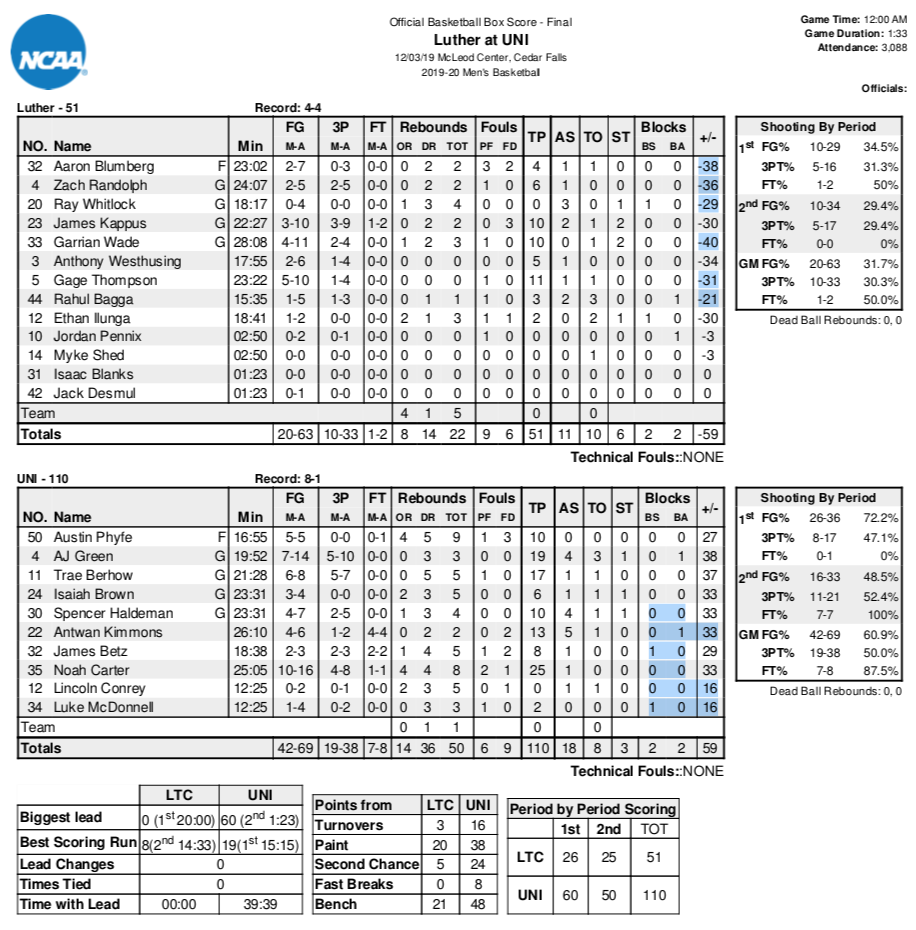