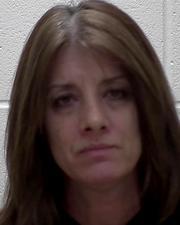 MASON CITY – A Mason City woman was taken to jail after her dog bit another dog at the local canine park.

The incident took place on the evening of December 15. Mason City police were called to the dog park located at 1410 Elm Drive at about 8 PM on a report of a dog attack. An investigation allegedly showed that Jodi Jean Lubbert had been at the dog park with her dog, a Black Mouth Cur, when it attacked and/or bit another dog, a Toy Austrian Shepherd.

As a result, police charged Lubbert with a violation of City Ordinance 8-4A-12B, which says: B. Harassment: The owner of any animal shall not permit the animal to attack, harass, bite, scratch or otherwise injure or place in fear of injury any person or animal on public or private property who has a legitimate reason to be thereon.

Lubbert was also charged with interference with official acts on December 17 after she refused to sign the citation for the code violation. She was arrested and taken to the county jail and was released upon posting bond. She is due in court next month.