Marion County Sheriff Ron Goemaat said Brommel is believed to have started the fire at the Department of Human Services building, owned by Marion County. A fire was first set Dec. 18 in the building’s waiting room. Officers were called to the building again at approximately 5 a.m. Christmas morning, were another fire was started in the same place.

Brommel is charged with one count of second-degree arson. He surrendered to the Warren County Sheriff’s Office earlier this afternoon, then transported to Marion County.

Knoxville, IOWA — Authorities are seeking the public’s assistance in locating a person wanted in connection with an arson fire to a building located at 3014 E. Main in Knoxville, Iowa.  The fire occurred to a former DHS government building after 5:00 am on December 25, 2011.

Authorities are looking for David Allen Brommel of 7368 Nevada Street, rural Indianola, Iowa.  Brommel is a white male, 5’10”, and 180 lbs.  He was last seen on foot south of Knoxville after the fire. 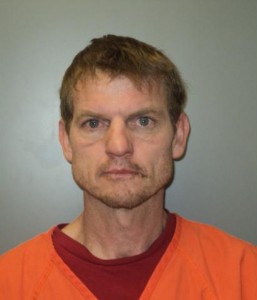