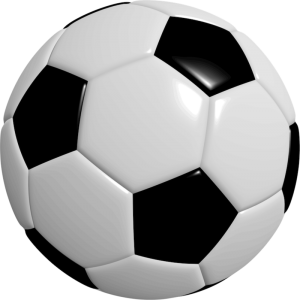 Arsenal have always stressed the importance of blooding in young, exciting talent to the first team and have recently cemented their position as the Premier League side offering the most opportunities for youth.

The latest young ‘muse’ of North London’s red quarter is Bukayo Saka. Thus far he has made the most of the playing time given to him, and his best show to date was undoubtedly matchday one of the Europa League group stage. He proved unplayable during the minutes granted to him, with the Arsenal upstart getting a goal and an assist within the final ten minutes of the match against Frankfurt.

Arsenal’s Europa League goal spree against last season’s semi-finalists was started by another youngster, Joe Willock. It stands as his first goal of the season, and his second-ever in the Europa League. More appearances in the Europa League group stage will be guaranteed, and with Arsenal in a group also containing Standard Liege and Vitória de Guimarães, there is opposition that – while by no means a pushover – certainly provides an optimal learning curve for Willock and his fellow younger teammates.

Those contributions made the scoreline a more resounding 3-0, and showed that Arsenal can still put decent Bundesliga sides to the sword, especially when they have their doubters. Speaking of the Bundesliga, you can find some exciting football spread betting markets here, and that league has proven to be the making of Reiss Nelson, who wasted no time on loan at Hoffenheim last season. At the start of his spell there, he registered a goal every hour, seeing six of his first seven shots on target in that league find the net.

Even Robert Lewandowski in perfect form could never manage that, and with Nelson back in London, he is now getting the time necessary to take his game to that next level. A goal against Nottingham Forest in the EFL Cup may be a step down from scoring with brutal efficiency in the German top flight, but the dynamics of putting the ball in a net never change.

Since going down in notoriety as one of the earliest teams to field an entirely non-British squad back in 2006, Arsenal have stepped up their efforts to process more youths.

Short of giving them a future at Arsenal, they have at least been sold at a profit, further fuelling the club’s ability to train the next generation of stars. Both Theo Walcott and Alex Oxlade-Chamberlain have made the time-honoured trip from Southampton to Arsenal earlier this century, and have since forged great careers for themselves. Walcott famously arrived in 2006, and was a shock inclusion at that year’s World Cup – albeit as an understudy on something akin to ‘work experience’.

In 2008, Arsenal welcomed another teenage sensation to their ranks, in the shape of Aaron Ramsey. He was the all-round solution the Gunners needed, especially to restore the fear factor that had been absent since the departure of playmaker Dennis Bergkamp. There certainly were times where he looked capable of enacting significant disruption to opposition midfield lines, but injuries would prevent him from doing this more consistently.

Ramsey has, of course, since departed for Juventus. While Emery has long had his own agenda without the Welshman, Arsenal will now miss his prime years, and wonder whether or not he could still have made a difference.

The peak of Arsene Wenger’s time at Arsenal was obviously the invincible 2003/04 season. While Arsenal have gone without a Premier League trophy since, it was around this time that his efforts to invest in youth began to pay off. A notable example can be found in the summer of 2004, when a 17-year old Cesc Fàbregas was given a run in the first team after a difficult maiden campaign at Highbury.

A surprise inclusion in the squad that faced Everton on the opening day, Fàbregas was a revelation from the start. The Spaniard continually tormented midfielders ten or more years his elder, doing much to ensure that the Gunners ran out 4-1 winners. A week later, he was in the squad that overturned a 3-1 deficit to Middlesbrough, to win 5-3 and preserve their chances of breaking another famous record.

While Fàbregas has often been criticised for disloyalty and an inability to really turn games around when required, his story proves that sometimes a mere drop of patience can cause sensational ripples in the ocean of top-flight football. Though the likes of Willock and Saka currently bear no resemblance to Fàbregas at the same age, the same school of thought certainly applies to them on current evidence.

Ultimately, the legacy of ideals in youth development left by Arsene Wenger is being honoured fully by his successor. Even the most pessimistic of Gunners should be in no doubt that Emery’s willingness to blood youngsters in a constructive, yet challenging way, will sustain said legacy for the foreseeable future.