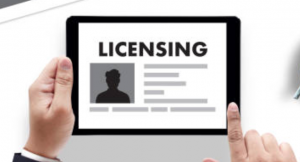 Excerpts from his remarks, as delivered, at the Western Governors’ Association Workforce Development Workshop, are below:

…I would like to ask for your leadership to reduce excessive licensing.

Today, more than 1,100 careers are licensed in at least one state.

More than 1 in 4 American workers now need a license to work in their chosen field.

First, the cost and complexity of licensing creates an economic barrier for Americans seeking a job, especially for those with fewer financial resources.

Second, excessive licensing creates a barrier for Americans that move from state to state. Geographic mobility is especially important for our economy.

And third, excessive licensing creates a barrier for Americans looking to leverage technology to expand their job opportunities.

The financial costs are obvious; some licensing applications cost thousands of dollars.

The cost in time is at least as high. The national average time required for a cosmetology license is 370 days. In one state, it is 490 days.

For Americans living paycheck to paycheck, investing time and money into licensing is a substantial burden.

A related issue is the barrier to workforce mobility that arises from differences in licensing requirements among the states.

This presents the trailing spouse a difficult choice.

Does the spouse move, and potentially give up his or her chosen career until he or she can regain a license?

Does the spouse stay behind, creating distance in the family structure?

Millions of Americans move across state borders every year.

When they do move, the spouse should not have to give up his or her career, while he or she enrolls in duplicative education or awaits an unnecessary license.

Telemedicine, for example, offers new opportunities for nurses and physicians. However, some medical professionals cannot offer teleservices in certain states.

Although 22 states form the Interstate Medical Licensure Compact, some of the largest states—including California, Texas, New York, and Florida—are not involved.

We recognize the importance of telemedicine, yet overlook many other careers that could equally benefit from technology that provides access to interstate markets.

Interior design advice and other consulting services, for example, can be offered online.

Our goal should be to expand opportunities for Americans, not limit them.

All told, the cost of these barriers is real and measurable.

Put differently, the Federal Reserve estimates that about 2 million Americans do not hold a job, or have given up their career, because of licensing issues.

These are staggering numbers.

And the Brookings Institution estimates that the costs are even higher, that occupational licensing costs nearly 3 million jobs nationwide.

States have addressed excessive licensing to some extent.

Much more action is needed.

Taking up this issue is one way that you, as state leaders, can have immediate, consequential and measurable impact.

You have a tremendous opportunity to help create millions of jobs, without spending a dime.

We are committed to working with you to strengthen our economy and empower the American workforce.

If licenses are unnecessary, eliminate them.

If they are needed, streamline them.

And, if they are honored by one state, consider honoring them in your own state.

I look forward to more conversations in the future.