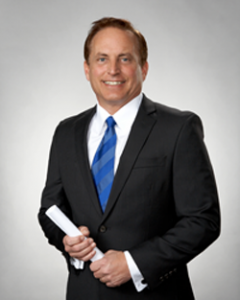 In a letter directed to Mark Stringer, Executive Director of the American Civil Liberties Union of Iowa, Secretary Pate addressed a public records request his office received earlier this month in connection to President Donald Trump’s controversial Commission on Election Integrity, which is seeking voter records.

The following is Pate’s letter to the ACLU:

We received your public records request via e-mail on July 18, 2017. As I have publicly and repeatedly stated, I have not provided a response to the Presidential Advisory Commission on Election Integrity. I have also publicly and repeatedly stated that I am compelled to follow Iowa law for all requests for lists of registered voters, pursuant to Iowa Code 47.8, 48A.38, 48A.39, and IAC 821.3. At this point, the commission has asked that no data be provided while they deal with legal challenges. I will not take any action until those are resolved.

All voter registration list requests received in my office are processed in a routine, legal, and transparent manner. This includes the automatic and legally-required redaction of all social security numbers and drivers’ license numbers, which are never shared with list requesters. Additionally, voters’ ballot choices are not recorded, and thus not shared, ever.

A simple inquiry to my office would have affirmed the above process and would have answered your request. Since the ACLU decided to issue a press statement regarding your public records request before even attempting to receive a response from my office, I have to assume that the intent of your request is not to obtain information, but to receive media coverage.

I am particularly offended by implications in your July 18 press release that I or my office would even indirectly engage in vote suppression. It is my perception that the effect of press statements such as the one issued by the ACLU of Iowa last week has the effect of suppressing voters. Instead of these scare tactics, organizations such as the ACLU would better serve voters by helping them understand that their personal information will not be compromised by registering and voting.

I will continue to encourage all eligible Iowans to register to vote, to remain registered and to participate in the electoral process.

The sum total of correspondence between the commission and my office, which comprises two emails sent from them to us, is attached in this email.

Later Tuesday, the ACLU requested that NIT include this response to Pate’s letter:

“We’re satisfied that the Secretary of State’s Office has complied with the open records request. We believe that the people have a right to know about the activities of President Trump and the Commission, and, as we stated, we are concerned that the Commission’s request, now temporarily enjoined by the courts, is a part of a larger effort to suppress the vote. The allegation that shining a light on those activities as a part of our watchdog function to protect voters is itself suppression is obviously ridiculous.”