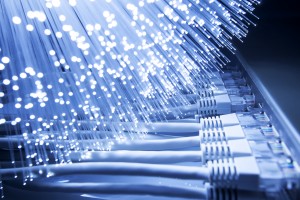 BALTIMORE, MARYLAND – An alleged cyberstalker was arrested for sending a “flashing strobe image” to a person in Texas he knew to have epilepsy, immediately sending the victim into a seizure.

John Rayne Rivello, 29, of Salisbury, Maryland, was arrested in Maryland today on a criminal complaint filed in the Northern District of Texas. The complaint was unsealed today following his initial appearance in the District of Maryland.

According to the allegations in the affidavit filed with the complaint, on Dec. 15, 2016, the victim, who is known to suffer from epilepsy, received a message via Twitter from Rivello. The tweet contained an animated strobe image embedded with the statement, “You deserve a seizure for your post.” Upon viewing the flashing strobe image the victim immediately suffered a seizure.

Additionally, according to the affidavit, evidence received pursuant to a search warrant showed Rivello’s Twitter account contained direct messages from Rivello’s account to other Twitter users concerning the victim. Among those direct messages included statements by Rivello, including “I hope this sends him into a seizure,” “Spammed this at [victim] let’s see if he dies,” and “I know he has epilepsy.” Additional evidence received pursuant to a search warrant showed Rivello’s iCloud account contained a screenshot of a Wikipedia page for the victim, which had been altered to show a fake obituary with the date of death listed as Dec. 16, 2016. Rivello’s iCloud account also contained screen shots from epilepsy.com with a list of commonly reported epilepsy seizure triggers and from dallasobserver.com discussing the victim’s report to the Dallas Police Department and his attempt to identify the Twitter user.

The charges contained in a criminal complaint are merely accusations, and a defendant is presumed innocent unless and until proven guilty.

The FBI and the Dallas Police Department investigated the case. The Maryland State Police and Ocean City Police Department assisted during the arrest. Assistant U.S. Attorney C.S. Heath of the Northern District of Texas and Aaron Cooper of the Criminal Division’s Computer Crime and Intellectual Property Section are prosecuting the case.

After a 3 month investigation, the FBI this morning arrested the man who assaulted me using a strobe on twitter that triggered a seizure.