This news story was published on September 4, 2016.
Advertise on NIT • Subscribe to NIT

HAMPTON, IOWA – Over a pound and a half of meth was found by Hampton police during a traffic stop, leading to the arrest of two people.

The officers stopped a 2005 Nissan for a traffic violation in the 100 block of 1st Ave NW in Hampton. The driver of the vehicle was found to have a suspended driver’s license. During the traffic stop, officers located approximately 27 ounces of Methamphetamine, and assorted drug paraphernalia.

David Hernandez age 27 of Eagle Grove was charged with Possession with the Intent to Deliver Methamphetamine (Class B Felony), and Failure to Affix Drug Tax Stamp (D Felony). 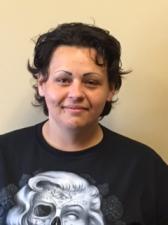