VENTURA – A Kossuth county woman was turned in to police after she rolled her car into a ditch.

An emergency call was made early Christmas morning after 3:00 AM about a suspicious person near 12024 Dogwood Avenue in Ventura. A Cerro Gordo deputy then found a 1994 Mercury Grand Marquis in a nearby ditch, which apparently had rolled into that location and stopped on its roof. The suspicious person was located and was identified as 26-year-old Alysia Danielle McWilliams of Fenton, Iowa. Both McWilliams and a passenger, 44-year-old David Kiefer suffered minor injuries and refused treatment.

McWilliams was arrested for leaving the scene of a personal injury accident, failure to maintain control and first offense operating while intoxicated. She remains jailed Thursday. 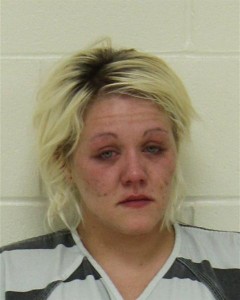