NIT – An NIT reader told of a puppy left in a potentially dangerous situation over the weekend.

According to this Mason City resident, at about 6:30 PM Saturday, June 21, a concerned citizen called Mason City police about a yellow lab puppy in a small red car, inside a kennel, parked at the Mason City library.  The car owners – two younger males – were inside Music Man Square attending a wedding.

A police officer was dispatched to check the welfare of the puppy, and arrived at 6:37 PM. The officer spoke with the vehicle’s owner about the complaint. They claimed to have been periodically checking on the animal. The officer then left.

At 7:20 PM, two young males could be seen in the parking lot putting a young yellow lab puppy into a kennel in the back of little red Pontiac from Jones County.

At 7:22 PM, they headed back to Music Man Square. At this time, with a temperature reading of 84 degrees and sun, a second person made a call to Mason City Police.  The person was told that an officer had already talked to the dog owner, and no police came back.

At 8:07 PM, two males and a female came to look at the puppy.  The puppy was taken out of the car and replaced back into the kennel within three minutes, by 8:10 PM. They three went back inside to the wedding festivities.

The citizen said she had checked on the puppy – which she said was panting – until the sun and temperature started to drop. The puppy was still in the kennel at 9:00 PM.

The city of Mason City’s web site advises “Don’t leave your pet in a parked car”. On the page designated for the Animal Control Department, it states “Never leave your pet unattended in a parked car for any period of time. On a warm day, the temperature in a parked car can reach 120° in a matter of minutes—even with the car windows partially open. Your pet can quickly suffer brain damage or die from heatstroke or suffocation when trapped in high temperatures.” 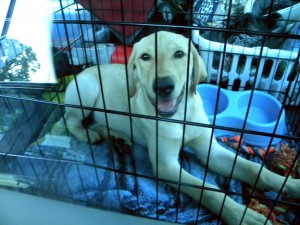 Still in kennel at nine o’clock 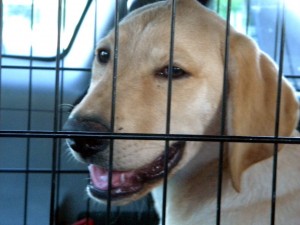 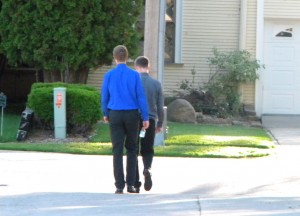 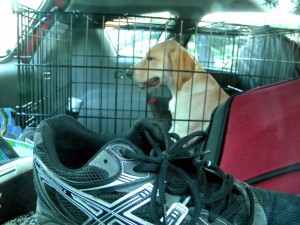 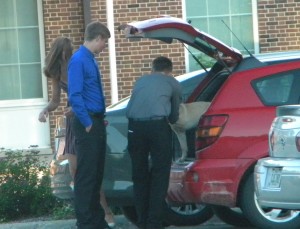 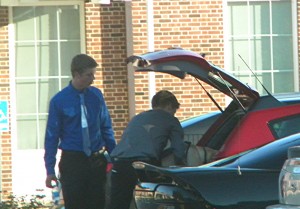