MESERVEY – A woman who stole from Wal-Mart and was required by law to be fingerprinted was arrested Tuesday for not following through.

Rebecca Stadtlander was cited and released for shoplifting at Wal-Mart on Dec 19, 2013 for 5th Degree theft. Employees reported that she shoplifted approx $52.00 worth of merchandise.  She plead guilty on January 15th and Judge Rolf Aronsen mandated that Stadtlander appear at the Cerro Gordo County Jail for fingerprinting.  Mason City police said Wednesday that Iowa law directs peace officers to fingerprint all arrestees (adult and juveniles) at the time of arrest for serious misdemeanors and above. Simple misdemeanor convictions that are enhanceable (theft, public intox, etc) are fingerprinted when convicted.

However, weeks went by, and Stadtlander never appeared for fingerprinting.  An arrest warrant was issued on February 24th.  A Cerro Gordo county deputy appeared at  Stadtlander’s home Tuesday and arrested her, took her to the jail, and fingerprinted her.  She was then released.

Stadtlander still owes the full amount of $500.50 she was assessed in fines and fees for the theft crime. 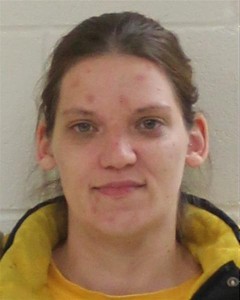