MASON CITY – An North Iowa man who traveled to Mason City to sell a little weed but couldn’t close the deal will find himself behind bars for 60 days.

Michael Schenker, age 18 and now calling Mason City home, was found guilty by a Cerro Gordo county jury on March 3 of simple assault and third degree harassment and sentenced to 30 days in jail on both counts, to be served consecutively. He must also pay $1,209.75 court costs.

Police had alleged that Schenker had come to Mason City on November 19, 2013 to meet a Nashua woman, 20-year-old Tessa Rose-Marion, to trade marijuana for money. Police said the deal “did not go well” and as a result of the botched deal, Schenker displayed an air pistol and then fled the scene.  He was observed running northbound on Commercial Alley and stopped by officers and taken into custody.

Last month, Schenker pleaded guilty to third degree theft for possession of stolen property, a charge also brought by Mason City police.  He was sentenced to 87 days in jail and fees, fines and restitution totaling $2,350.75.

Tessa Rose-Marion awaited a jury trial set for March 11 on a charge of felony D possession of a controlled substance.  However, on February 24, she plead guilty to a lesser charge and awaits sentencing on April 2. 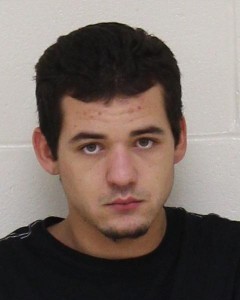 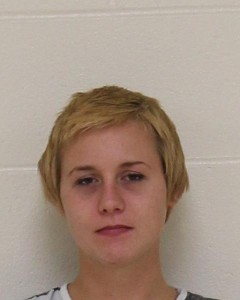