Tornquist on WS Live jobs: “These jobs are so close to the minimum wage” 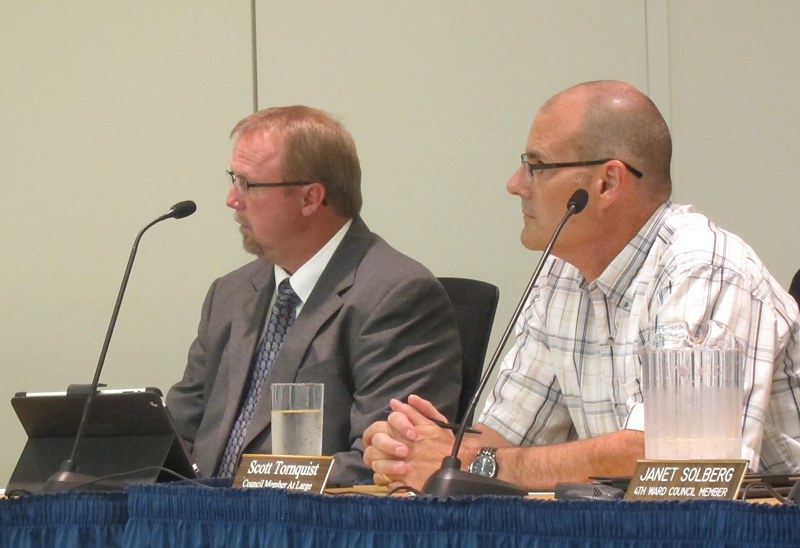 WS Live – a company from Dubuque that offers call center marketing –  is planning to come to Mason City and move into the former IC Systems building located at 858 Calmus Court.

The company plans to offer 29 jobs the first year it is in operation, 29 more the next year, and so on, until potentially 135 jobs are filled in 5 years. The bulk of the jobs will pay a $9.50 per hour wage.  Currently, the Iowa minimum wage is $7.25 with a potential raise to that on the horizon as lawmakers meet in Des Moines next year.

WS Live plans to accept over $70,000 in city incentives to come to Mason City; they must meet employment targets to keep the funds.  The last company in that building, IC Systems, got about halfway to the 200 jobs it promised the city.  Once IC System failed to meet their employment goal, the company was forced to return economic development funds to the city of about $177,600.  IC System manager Scott Bultje made a public spectacle of returning those funds to the city.

Council member Jean Marinos said at a May 21st City Council meeting that the $9.50 per hour jobs are “amazing”.

At that same meeting, Council member John Lee said that the jobs are “nothing to scoff at” and “exciting”.

Council member Scott Tornquist chimed in, saying “people could not survive on minimum wage jobs” and then went on to say that “this was a great project and a great opportunity and a huge win for the community.” Tornquist also added that “it was just as important for the Council to be working on opportunities at these levels ($9.50 per hour) as the $16.00, $17.00, $18.00 levels,” meeting minutes show.  Tornquist did not write about the WS Live economic deal and jobs on his news website located at TornquistForRivercity.com, which he has mentioned by name at televised council meetings.