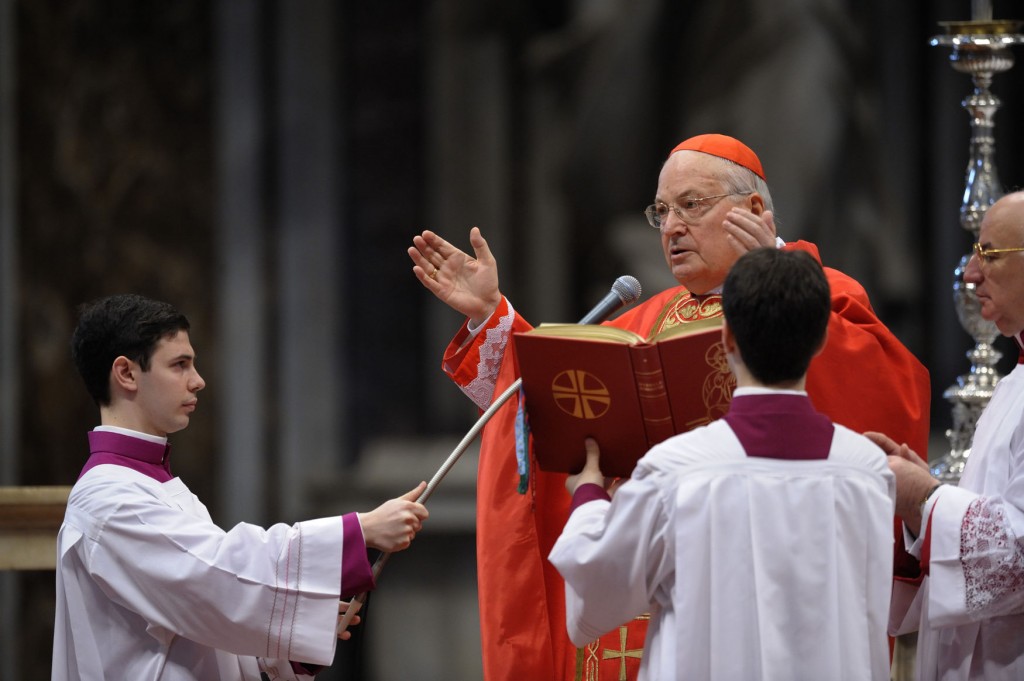 VATICAN CITY, March 13 (UPI) — Catholic cardinals were in good spirits Wednesday despite failing to reach a consensus on a new pope after three rounds of voting, a Vatican official said.

The Rev. Federico Lombardi described the church leaders as in “a good mood,” the Italian news agency ANSA reported.

Black smoke billowing from the chimney of the Sistine Chapel Wednesday morning signaled the selection of a new pope was still elusive. Two more votes are scheduled after lunch.

Votes are taken four times a day, but smoke is sent up no more than twice a day.

Once the conclave elects a successor to Benedict, who resigned in February, the announcement will be made by white smoke rising from the chimney and the bells of St. Peter’s Basilica ringing.

Despite chilly, rainy weather, crowds were in St. Peter’s square, awaiting the outcome of the day’s voting, ANSA reported.

The world is notified by smoke rising from the chimney on the Sistine Chapel roof — white if a new pope is elected, black if the election round wasn’t successful.

The 115 cardinals participating in conclave to elect a new pope can expect some simple but hearty meals during the conclave, ANSA said. The canteen where the cardinals dine has been preparing foods to meet differing culinary needs and habits.

The secrecy of the conclave is meant to protect the cardinals from outside scrutiny as they seek divine guidance in their deliberations, the Times reported.

While the cardinals were inside the Sistine Chapel, at least one elector’s situation was in the news — Cardinal Roger Mahony, the former archbishop of Los Angeles.

Reports from California said the archdiocese, the cardinal and a former priest reached a settlement of nearly $10 million in four child sex abuse cases, the victims’ lawyers said.

Mahony, who retired less than two years ago as the leader of the Los Angeles archdiocese, was removed from public duties last month by his successor, Archbishop Jose H. Gomez, as the church obeyed a court order to release thousands of pages of internal documents that demonstrated how Mahony shielded priests who sexually abused children.

In contrast, Cardinal Keith O’Brien of Britain, said he wouldn’t attend the conclave and announced his resignation last month after being accused of “inappropriate acts” with priests.