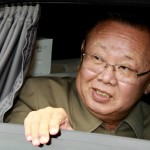 But as so often happens with the secretive state, the funeral services were kept largely away from the prying eyes of foreigners.

How the son handles himself will provide a signal of his capabilities to lead North Korea. His goal will be to show that order has been maintained and that the affairs of state go on, experts say.

North Korea’s government-controlled media have in recent days bestowed numerous titles on Kim Jong Un, an apparent paving of the way for his assuming command. North Korea watchers in Seoul and elsewhere were monitoring the event for signs that Kim Jong Un, 27, had made additional progress in solidifying his stature among military officials old enough to be his grandfather.

“Kim Jong Il died a little ahead of schedule, things weren’t ready for the smooth relay of power,” said Lee Dong-bok, a senior associate at the Center for Strategic and International Studies. “The young man isn’t prepared to take control by himself. He needs help.”

Experts say that Kim Jong Un’s success will depend on his uncle Jang Song Taek and his wife, Kim Kyong Hui, the sister of the late Kim Jong Il, who are expected to help shepherd him into power.

At midmorning, North Korea’s state-run television began airing video of weeping mourners who had paid their respects to Kim, whose body lay in state at Pyongyang’s Kumsusan Memorial Palace.

The younger Kim was accompanied by top military officials. He had visited the palace to pay his respects five times since his father’s death of a heart attack on Dec. 17, KCNA said. But Wednesday was the younger Kim’s first real appearance in the national spotlight without his father.

Later TV footage showed Kim Jong Un standing next to the black limousine that carried his father’s casket. Next to him stood Jang, his uncle, and several other unidentified officials, all dressed in black.

Another video clip showed a sustained shot of a black limousine rolling slowly into Pyongyang’s Kumsusan Plaza. On top rested a large picture of the late Kim as soldiers stood in formation on the snow-covered ground.

The funeral appeared to follow protocol set 1994 with the death of Kim Il Sung, North Korea’s founder and father of Kim Jong Il. He was laid to rest in an underground mausoleum.

For Kim Il Sung, the North Korean government staged an elaborate funeral over two days. Radio Pyongyang reported that 2 million people attended the procession as Kim Il Sung’s coffin eased through the city on the roof of a Cadillac, followed by goose-stepping soldiers, brass bands, and a fleet of limousines carrying huge portraits of the leader and sprays of flowers.

The hundred-vehicle procession started at Kim Il Sung Square, passed a university named for him and a 100-foot-tall statue of him before ending at the Revolutionary Arch, a replica of Paris’ Arc de Triomphe, only bigger.

The state media there have fawned over Kim’s “positive contributions to the reinforcement and development of the traditional friendship between the two countries.”

China’s reaction is largely an effort to prevent a neighboring state from a catastrophic collapse that could lead it into the orbit of U.S.-allied South Korea. Within the Communist Party hierarchy, there is also genuine affection for a protege who followed the Communist ideology.

“North Korea is like the idealized communist village that China hoped to build, but could never make true. Maintaining North Korea’s existence keeps their dreams alive,” said Zhang Ming, a political scientist at Beijing’s Renmin University. More cynically, he suggests, it was a message to domestic critics demanding more reform. “They (the Chinese Communist Party leaders) could say, hey, if you think we’re too strict, just look at North Korea.”