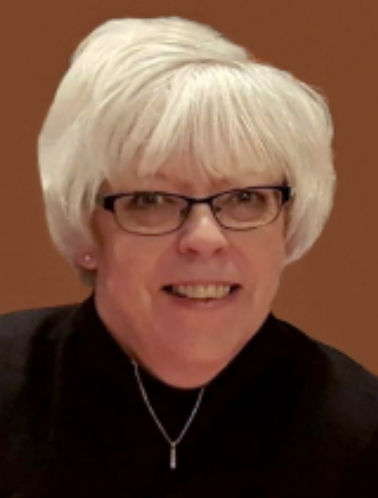 Kayla LaBarge, 60, of Charles City, passed away Monday, August 15, 2022 at the MercyOne North Iowa Medical Center in Mason City with her loving family by her side.

A funeral service for Kayla LaBarge will be held at 10:00 a.m. on Saturday, August 20, 2022 at First Congregational Church in Charles City with Pastor Forrest Cornelius and Erik Hoefer officiating. Burial will be at Riverside Cemetery in Charles City.

Visitation will be from 5:00 to 8:00 p.m. on Friday, August 19, 2022 at Hauser Weishaar Funeral Home and will continue one hour before the service at the church on Saturday.

Kayla was united in marriage to Brad LaBarge on August 14, 1982 at First Congregational church in Charles City. This union was blessed with two daughters.

Kayla spent her entire working career as a medical transcriptionist for Charles City Family Health Center. Kayla was a member of the First Congregational church in Charles City and was an active member of the choir and bell choir. She enjoyed baking, shopping, and spending time at the family lake home on Ottertail Lake in Minnesota. She also enjoyed spending time with family and friends. She and her husband were regular attendees at numerous Comet and Hawkeye sporting events. Kayla especially treasured time with her four grandkids. She loved attending dance recitals, sporting events, concerts, programs, and many other activities.

Kayla was preceded in death by her Father Michael Backer, Aunt Lynne Schendel, parents-in-law Roland and Pat LaBarge, along with her maternal and paternal grandparents.