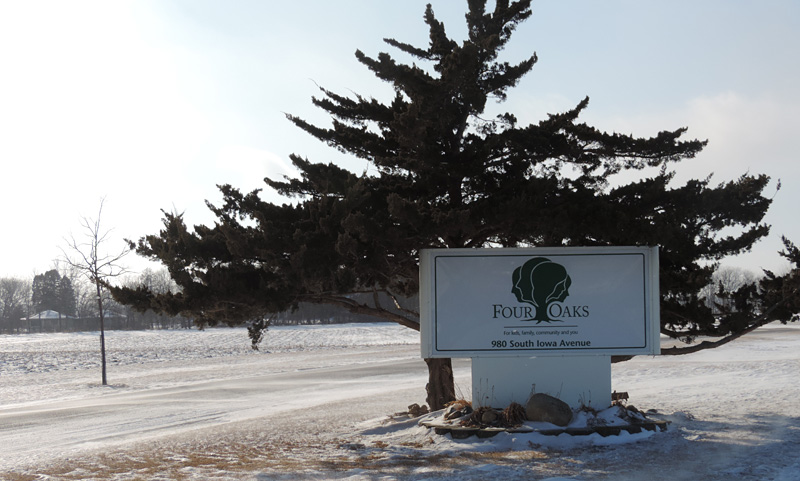 MASON CITY – A woman who claims to have been sexually assaulted while she worked at the Four Oaks facility for troubled children has now gone public with her story.

Wednesday, police confirmed that they would not be filing any charges in the case.

An officer told NIT that “investigators do not have probable cause to file a charge at this point. The CA’s [county attorney’s] office was asked to review the investigator’s file and reached the same conclusion. If charges are filed, we (prosecution) would have the burden to prove the person was guilty beyond a reasonable doubt of the accused allegation.”

In the wake of that revelation from police, the woman who made the accusation has decided to go public with her story. The following information was posted to a social media account for Breanna Mae Flores, age 24, of Mason City:

******PLEASE READ AND TAKE SERIOUSLY******
***PLEASE SHARE AND FORWARD TO FRIENDS AND FAMILY!!!! THIS NEEDS TO SPREAD LIKE WILDFIRE***

On the morning of February 7th, 2014 I, Breanna Mae Flores, was sexually assaulted and almost raped by a co-worker. I will not provide specific details as it was a horrific experience. I work for a children’s agency here in Mason City, IA called “Four Oaks”. I was ecstatic to begin my new career at Four Oaks only 2 weeks prior to the assault and I am sad to say I now have to find employment elsewhere as the “man” who assaulted me has not been found guilty at this time. I remain very disappointed in the justice system. The “man” who assaulted me refused to comply with an additional lie detection interview that was to take place on Friday, February 28th, 2014 @ 10:30a.m. at the Mason City Police Department. I was informed yesterday March 4th, 2014 that there was nothing more they could do because it is his “RIGHT” to turn down interrogation….while I have gone through 3 weeks of interviews and investigations, cooperating as much as possible and praying the right thing was done. I have been told if I would have better evidence (such as waking up the children which was suggested to me) then it would be easier to convict him……..

I was the only adult worker scheduled to work on an outside dorm at the Four Oaks Campus in Mason City, IA on the night of February 6th, 2014 from 11:00p.m.-February 7th, 2014 at 7:00a.m. I left the dorm shortly after 5:15a.m. because the “man” returned to the dorm, as he had told me he would shortly after sexually assaulting me. I went to the Mason City Police Department on my own the morning of February 7th, 2014, Four Oaks did not take it upon themselves to report the incident to law enforcement (even after discussing the incident with a supervisor, the police were not called, my supervisor actually drove him HOME). I spoke with Investigator Hugi at the Mason City Police Department around 9:45a.m. and explained to him what had happened to me earlier that morning. I was first bear hugged by my co-worker, then he tried to put his tongue in my mouth, had my right breast pulled out of my shirt, was pushed against a wall and grouped, had a hand between my legs, had a penis pulled out in front of me, I was forced to touch it, I was asked to touch it and kiss it, he tried to pull my pants down while his penis was out, he tried to kiss me again after I was able to push him away and he then mocked me about the whole situation and offered me m&m’s. He then made it known to me that he would be returning back to see me after checking on the other dorms on campus.

No one witnessed what happened to me, as the “man” who did this knew I was working alone that night. There were at least 10 young boys on the dorm whom were sleeping at the time and who I feared would wake up to see someone they trusted, as a monster. Most children who live on the Four Oaks Campus in Mason City, IA have suffered in some way or another and it would never be in my will to put a child in a situation that could mentally scar them or make them feel unsafe in a place where they SHOULD feel safe. I thought I was safe working at Four Oaks as well and now that trust was taken from me. What hasn’t been taken from me is my strength and willingness to find justice for what this poor excuse of a man has done to me.

I must note there are NO security cameras at Four Oaks, There is only one person in charge of each dorm, including dorms that are not connected to the main building. Doors do not lock as well. I fear that this is not this first time this has happened to someone at the hands of this coward. I am not a religious woman but I put my faith in god that something will give. I ask that if anyone, whether that be yourself reading this, or if you know someone else who has been made a victim at the hands of this predator to PLEASE SPEAK UP AND STAND UP FOR YOURSELF!!!. The information I provide should be used for the purpose to help bring justice to not only myself but potentially other victims as well.

Please, if you are someone who has heard anything at all or he has confided information to you about this incident please REPORT IT!!! As for now I am at a loss of words and can not understand the system, how this man can walk free after doing something so terrible. I will not be silent about it anymore and I pray the right thing is done.

I pray there are no other women or children who have fell victim to this snake. BUT if there have been more victims please help them FIND THEIR VOICE, anything to help myself heal and potentially heal as well!

THIS MONSTER IS BEING ALLOWED TO WORK WITH CHILDREN AND YOUNG ADULT WOMAN AT FOUR OAKS AND THE NORTH IOWA AREA COMMUNITY COLLEGE!!! PLEASE HELP CONVICT THIS ABUSER SO HE CANNOT HARM ANOTHER SOUL!!!

****PLEASE CONTACT THE MASON CITY POLICE DEPARTMENT IF YOU HAVE ANY ADDITIONAL INFORMATION TO INVESTIGATOR JASON HUGI. HIS CONTACT INFORMATION IS AS FOLLOWS:

*****PLEASE PASS THIS INFORMATION ON TO FRIENDS AND FAMILY AND HELP GET CALEB BASSEY CONVICTED FOR SEXUAL ASSAULT AND ATTEMPTED RAPE!!!!!!!!!******

*North Iowa Today & the Globe Gazette have covered this .
*ADDITIONALLY:
you may contact myself for questions via FACEBOOK MESSENGER or EMAIL:
bernana77@yahoo.com

THANK YOU SO MUCH!!!
-Breanna Mae Flores