MASON CITY – Police said Wednesday that they do not have enough evidence to file charges in an alleged sexual assault that a woman says took place at the Four Oaks facility for troubled children. 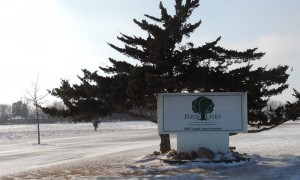 NIT reported on February 14th that a woman was alleging that she was sexually assaulted in the early morning of February 7th when she said a male co-worker made unwanted sexual advances upon the her. According to an extremely detailed 16-page timeline given to NIT, the incident was graphic in nature.  The accuser stated that children were in close proximity when the man allegedly made the advances.

Since that time, when the woman went to police to report what she says happened, the incident has ben under investigation by Mason City police.

NIT was informed Tuesday by a person associated with the accuser that no charges would be filed in the case.

On Wednesday morning, police confirmed this. An officer told NIT that “investigators do not have probable cause to file a charge at this point. The CA’s [county attorney’s] office was asked to review the investigator’s file and reached the same conclusion. If charges are filed, we (prosecution) would have the burden to prove the person was guilty beyond a reasonable doubt of the accused allegation.”

NIT was told that immediately after the alleged incident, the accuser immediately made contact with family and supervisors and began to journal the alleged assault. She accused man was taken home by Four Oaks staff, and the woman was interviewed by her supervisor. She soon went to the police station to file a report.

In the ensuing days, police told NIT that investigator Jason Hugi “confirmed she made the report about the incident as you stated. Investigator Hugi is working the case.”

According to a person very close to the victim, “Mr. Hugi told her [the accuser] straight to her face that he believed her, but that there just wasn’t enough to go on. I wonder how many women and children this happens too and the monsters get away with it. There is something very wrong here.”

The source also said that the woman who made the accusation is leaving her job at Four Oaks.

“She will be resigning from Four Oaks,” the source said late Tuesday. “This monster gets to move on with his a life like nothing happened and she is left to pick up her pieces and move on. I have no faith in the justice system and [her] life is in pieces.”