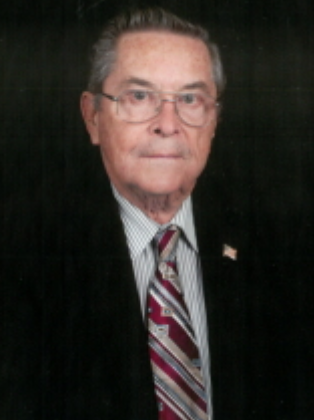 Dale Easterly, 96, of Charles City, died on Tuesday, October 19, 2021 at the MercyOne North Iowa Medical Center in Mason City with his family by his side.

A funeral service will be held at 10:00 a.m. on Monday, October 25, 2021 at Colwell United Church of Christ in Colwell with Pastor Victoria Mead officiating. Burial will follow at Sunnyside Memory Gardens in rural Charles City with military honors.

A visitation will be held from 4:00 p.m. to 7:00 p.m. on Sunday, October 24, 2021 at Hauser Weishaar Funeral Home in Charles City and continue one hour prior to the service on Monday at the church.

Dale Easterly, the son of J.T. and Nettie (Duncan) Easterly, was born on April 12, 1925 in the Colwell area. He graduated from Colwell High School in 1942.

Dale served in the U.S. Army during World War II from 1943 to 1946. He was in the 47th Engineer Construction Battalion in the Pacific Theatre of Action. He was on the Islands of Saipan and Okinawa and was honorably discharged as a Technical Sergeant.

After being discharged, he returned back home and went to Mason City Junior College for one year. He later went into business with his dad, J.T. Easterly, in the Case Farm Equipment business in Colwell. On October 8, 1948 he was united in marriage to the love of his life, Judith Ackerson, at the Little Brown Church in Nashua. They shared their lives together for 71 years. Dale continued in the Case Equipment business and in 1950 took over the business with his dad. In 1974 his son, Greg, entered into the business with Dale until he retired in 1993.

He was a member of the Colwell United Church of Christ at Colwell of which he held several offices, The Veterans of Foreign Wars, on the council and mayor of the town of Colwell. He was the dealer representative for the north east quarter of Iowa for J. I. Case Dealer Council, on the board of director of the Alta Vista State Bank for several years, on the Charles City School Board from 1968 – 1973, on the Floyd County Veterans Memorial Hospital Board of Charles City for 5 years.

After retirement, Dale enjoyed restoring old Case Tractors and enjoyed Sunday drives with a 12 passenger van he purchased so the whole family, children and grandchildren, were included. Dale and Judy enjoyed spending the last several years in Florida for the winter months.

He was preceded in death by his wife, Judith; parents; and sister, Lois DeLacy.

He was a wonderful man who loved life and his family. He will forever be remembered as a loving husband, father, and grandpa. Our love for him will live on in our memories forever.