This news story was published on July 3, 2021.
Advertise on NIT • Subscribe to NIT 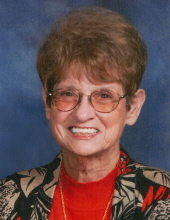 According to her wishes, cremation has taken place and there will be no services held at this time. Inurnment will be at a later date.

Susan “Sue” Kay (Andresen) Erickson was the third child of Herman William Andresen and Darlene Elenor Bevard who was born on October 22, 1943 in Estherville, Iowa. Her early years were on a homestead near Wallingford, Iowa. She received her elementary schooling at Gruver, Iowa before moving with her family to a farm near Terril, Iowa when she was in 7th grade. Sue graduated from Terril High School in 1961, attended Junior College in Estherville, Iowa, and graduated from Mankato State College in 1965.

Sue’s first teaching job was at Jewell, Iowa in 1965. In 1966, she took a job in Trimont, Minnesota. It was there she met her future husband, Leonard Erickson. They were married on April 7, 1968 at Terril, Iowa and had two children: a son, James Leonard and a daughter, Darlena Fern.

Sue was an educator, receiving her BS degree from Mankato State University in Mankato, Minnesota and MS Degree from Northern Arizona University in Flagstaff, Arizona. She taught classes in Biology, General Science, Earth Science, and Girls’ Physical Education. Sue taught at schools in Minnesota, Iowa, and on the Navajo Reservation in Arizona. She is still remembered by many of her students and co-workers.

Preceding Sue in death were her Parents, Grandparents, Uncles, and Aunts.