This news story was published on February 10, 2021.
Advertise on NIT • Subscribe to NIT 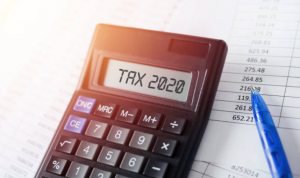 U.S. persons are subject to tax on worldwide income from all sources. Most taxpayers meet this obligation by reporting all taxable income and paying taxes according to the law. However, those who willfully hide income should know that the IRS works across its divisions to ensure the highest possible tax compliance. Taxpayers found to be committing fraud may be subject to penalties including payment of taxes owed plus interest, fines and jail time.

“As we approach the beginning of the tax return filing season, it is important for taxpayers to be careful in selecting the tax professional who will prepare their return. The IRS does not want individuals to become victims of an unscrupulous return preparer,” said Acting Special Agent in Charge David Talcott at the Internal Revenue Service – Criminal

Investigation. “Each year, IRS-CI special agents and the U.S. Attorney’s Office investigate and prosecute return preparer fraud, which includes adding false deductions and credits in order to inflate refunds. This criminal activity affects taxpayers, but has serious consequences for the unscrupulous preparer.”

“There are tax return preparers who will seek to shamelessly prey upon vulnerable victims and American taxpayers,” said United States Attorney Peter E. Deegan, Jr. “My office will work with IRS criminal investigators to prosecute those return preparers who try to take advantage of taxpayers, but I urge all taxpayers to remain vigilant to prevent themselves and those close to them from becoming victims.”

Tax return preparers are vital to the U.S. tax system. As of tax year 2018, 55 percent of taxpayers used a paid preparer. Although most preparers provide honest and professional services, there is a small number of dishonest preparers who set up shop during filing season to steal money, personal and financial information from clients. Taxpayers can avoid falling victim to unscrupulous preparers by following important steps.

Tips when choosing a tax preparer:

For more tips on choosing a tax professional or to file a complaint against one, visit IRS.gov. Taxpayers who suspect tax violations by a person or business, may report it to the IRS using Form 3949A, Information Referral.

The IRS Criminal Investigation St. Louis Field Office in the Southern District of Iowa is committed to protecting Iowa taxpayers from others cheating the U.S. tax system. Here are some examples of some of the most egregious criminals that have been recently investigated and brought to justice:

In August 2020, David R. Miller, a Gilmore City, Iowa man, was sentenced to more than 1 year in federal prison, and ordered to pay restitution to the victims, which included the taxpayers and the IRS. As the owner of a tax return preparation business, he pled guilty to three counts of aiding and assisting in the preparation and presentation of false and fraudulent income tax returns and three counts of receiving stolen government money or property. Miller prepared fraudulent income tax returns that involved preparing and presenting false Forms Schedule C, earned income tax credit and additional child tax credit to the IRS. In addition, he stole money from his clients by depriving them of part of their tax refunds. Lastly, Miller failed to report the stolen funds as income, which resulted in an additional tax obligation for himself.

In July 2019, Serge B. Cibuyi was sentenced to more than 1 year in federal prison for filing fraudulent tax returns for his customers. Cibuyi, a self-employed tax preparer, pled guilty to one count of preparing and filing a false and fraudulent tax return. He prepared false income tax returns claiming false deductions and credits or inflated legitimate deductions and credits for his clients. Also, Cibuyi paid individuals to allow him to use their dependents on other taxpayers’ returns to boost refunds.