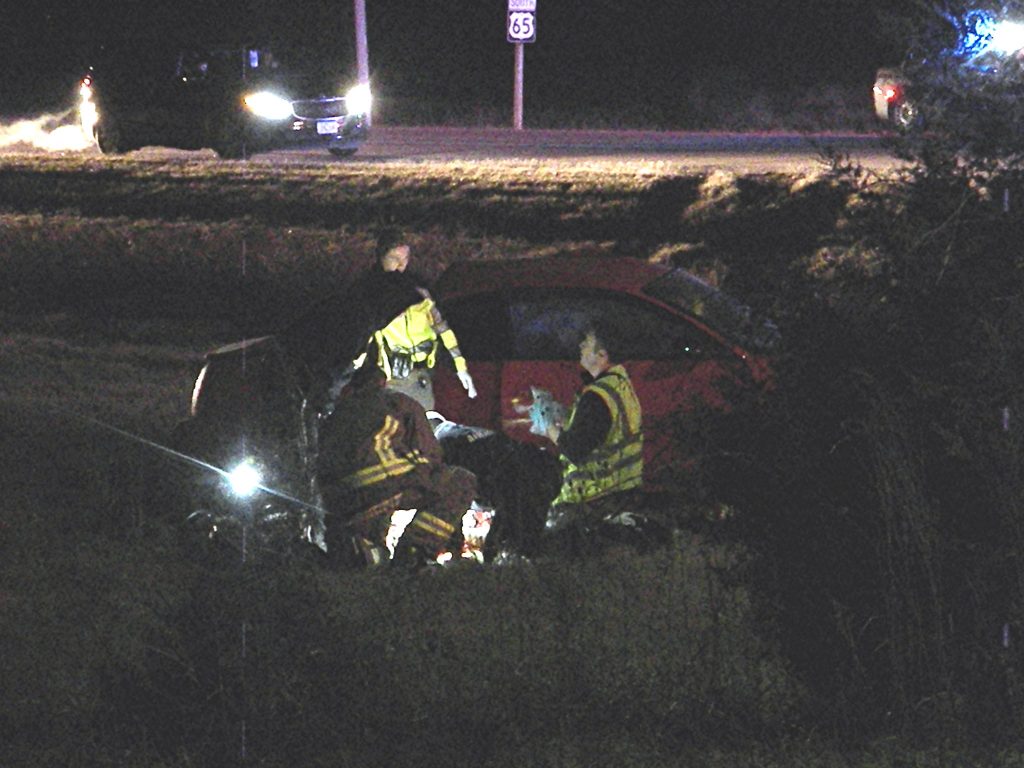 The accident took place at 5:13 PM at the intersection of Highway 65 and county road B15. At the scene, four cars looked to have been involved. Three remained on Highway 65 and one in the ditch with paramedics working on a person while waiting for AirMed. Debris was all over the scene and there was a vehicle door sitting beside the stop sign. 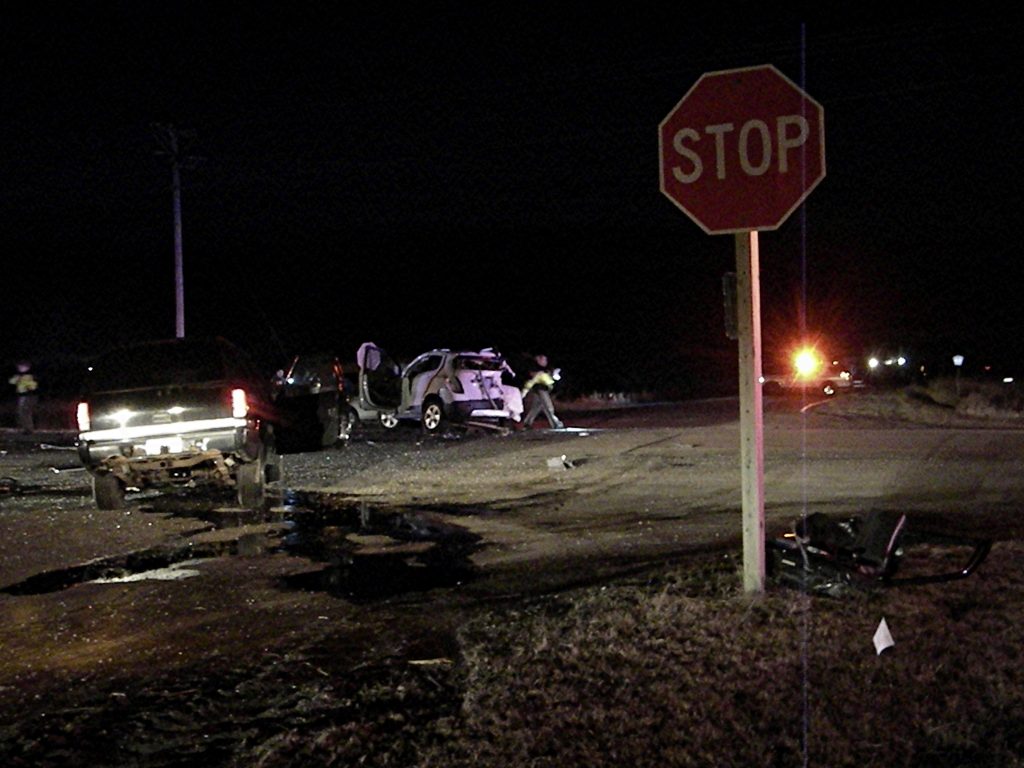 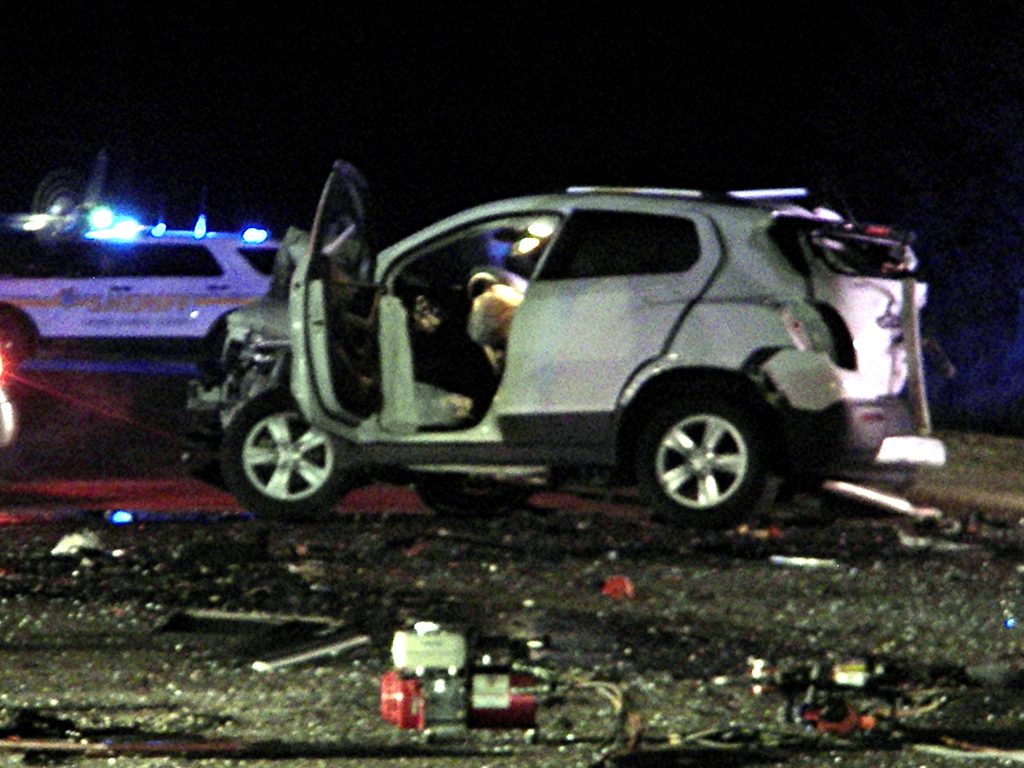 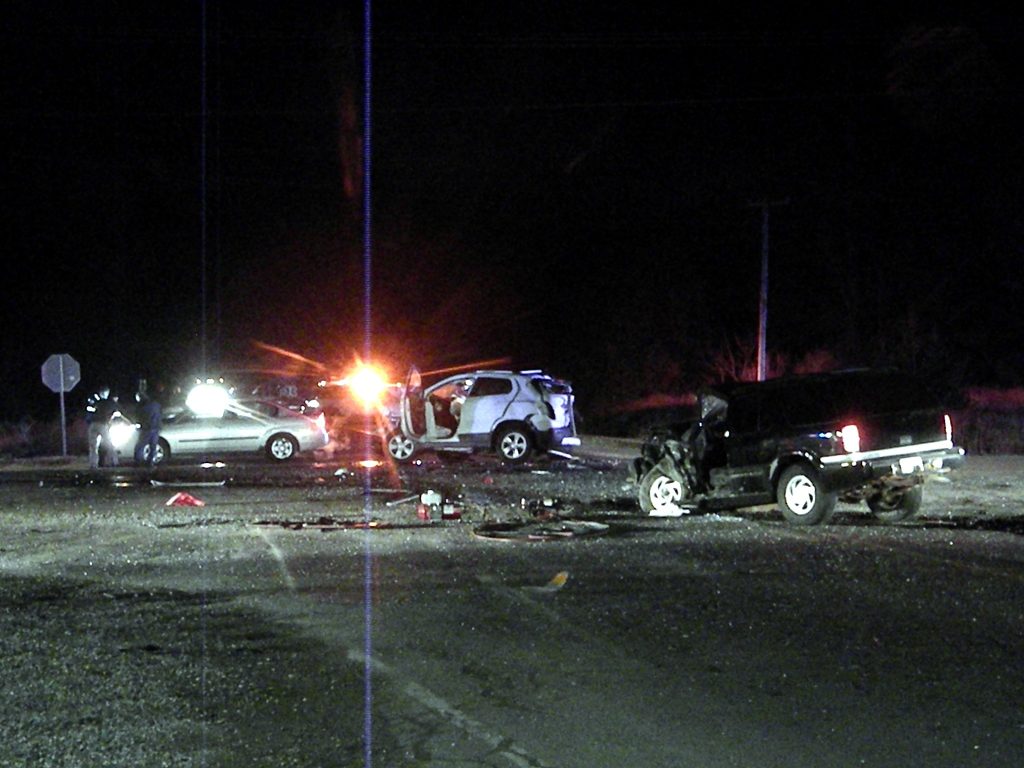 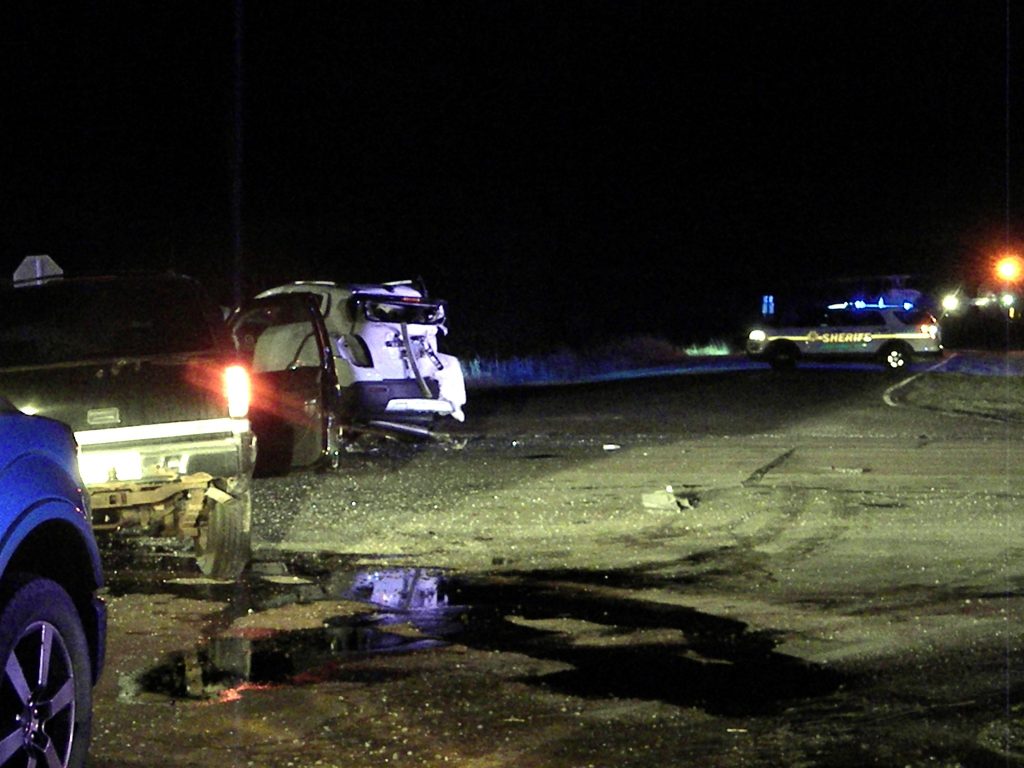 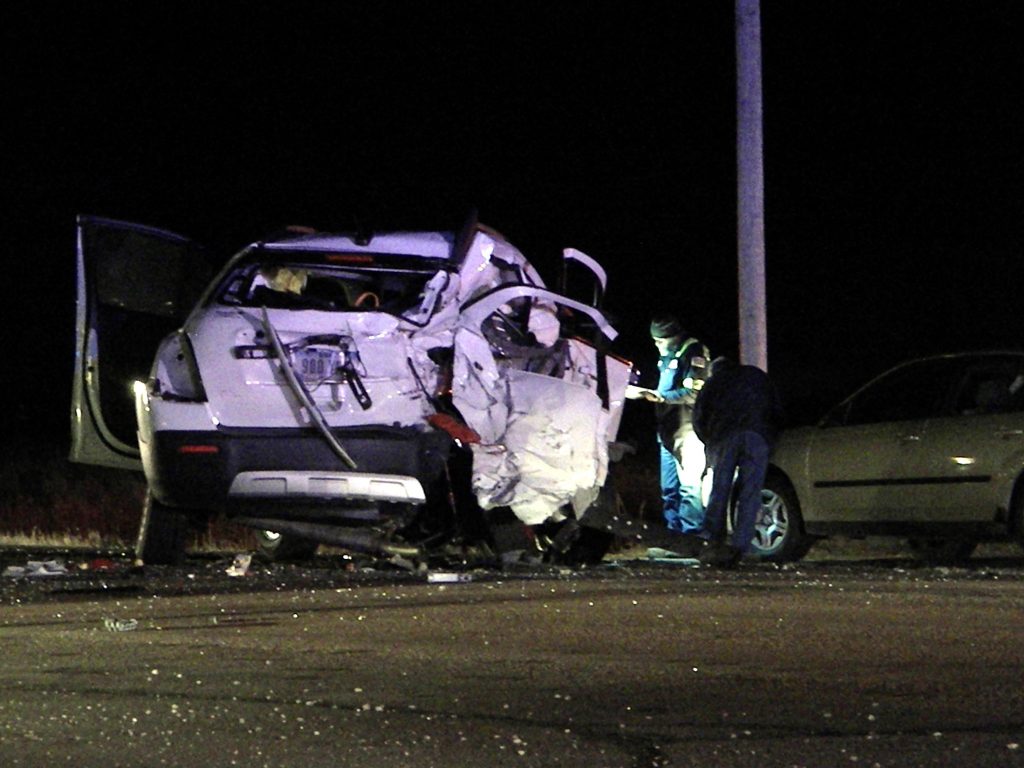 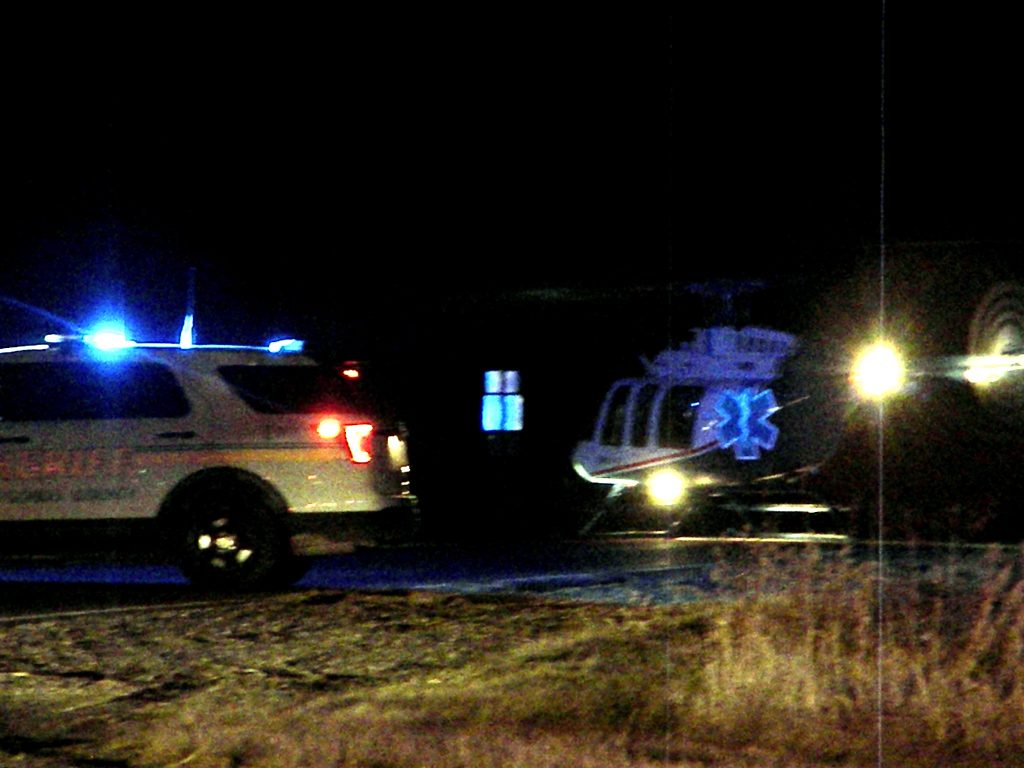 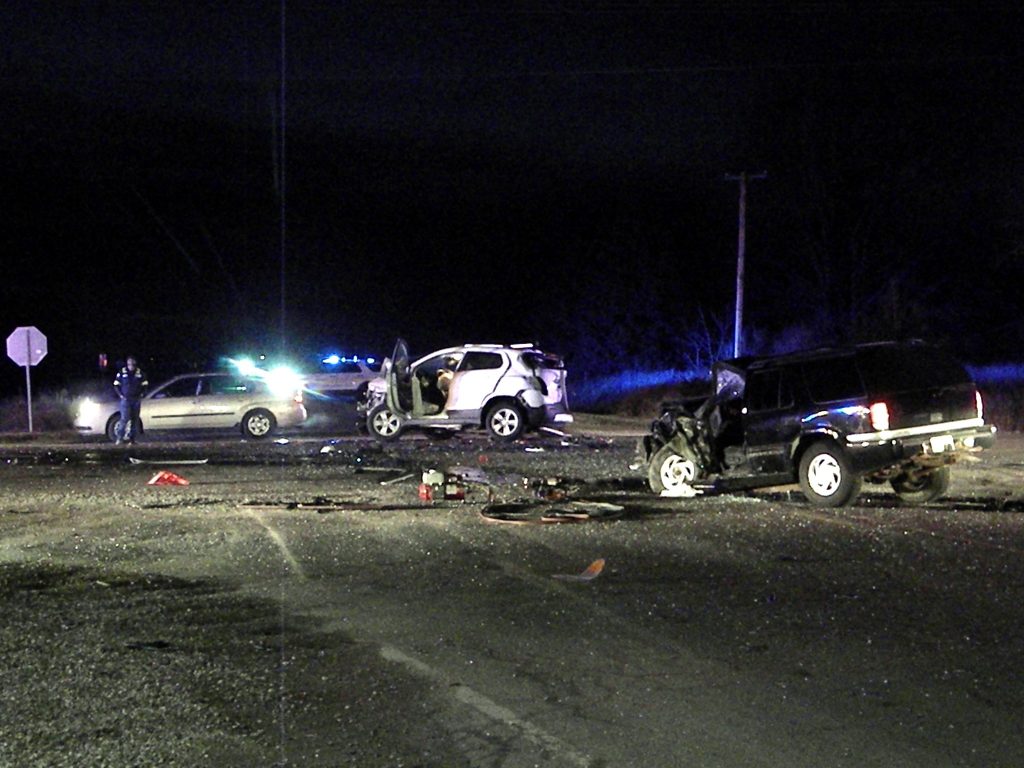 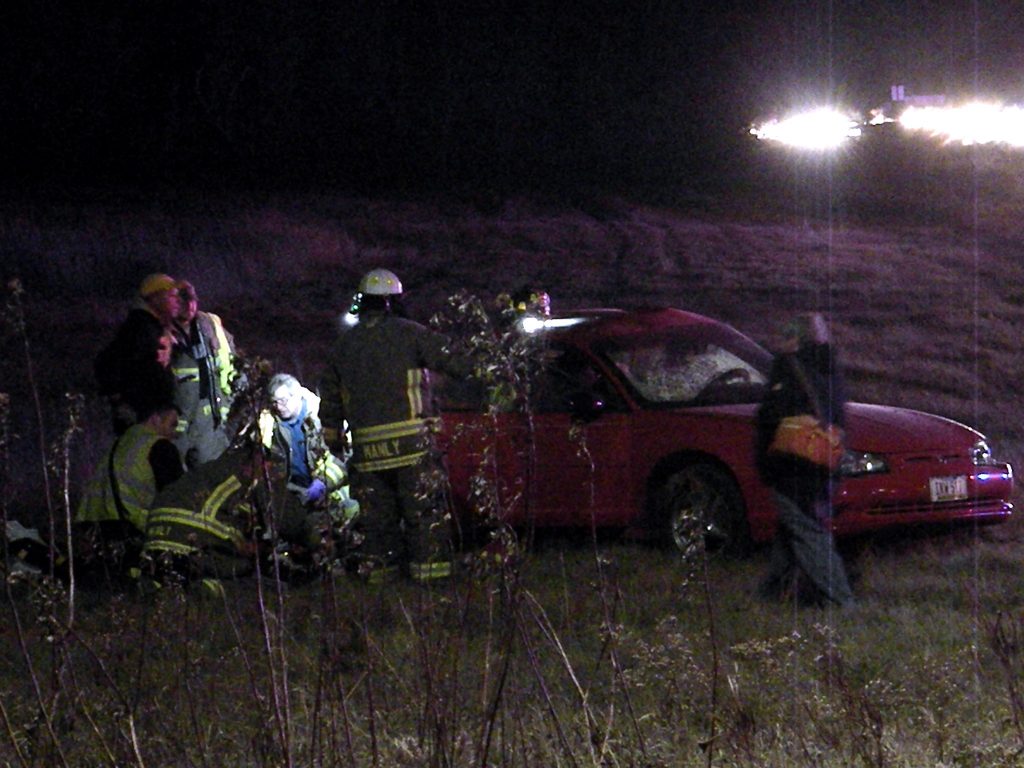