AMES – A man who helped his pals invade an elderly woman’s home, rob and sexually assault her will be behind bars for decades.

The Story county, Iowa attorney/s office says that on Friday, Manuel Balderas pled guilty to 55 years in prison for the August 2018 home invasion in Kelley, IA. He plead guilty to Burglary 1st, Robbery 2nd, Willful Injury and Burglary 2nd. “This plea assures the safety of our community while not further traumatizing the victim at trial,” the office said in a social media statement. “Thank you to the Story County Sheriff’s Office for their investigation in this case. Sentencing has been set for January 6, 2020 at 1:30 p.m.”

According to authorities, on August 23, 2018 a home invasion resulted in the assault of an 82-year-old female in Kelley, Iowa. One of the assailants knew the victim as “grandma”. The three broke into her home, sprayed her in the face with a chemical, punched her repeatedly, each sexually assaulted her and tied her to a chair before stealing money. After the crime, the three perpetrators apparently scattered; Manuel Balderas was arrested in Des Moines and Jacob Jimenez was caught in Jewell, Iowa. 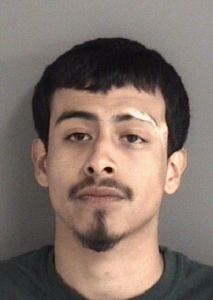