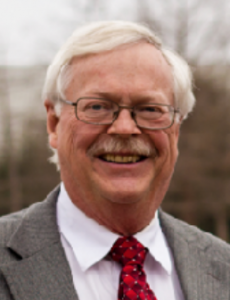 FERTILE – A Democratic challenger for an Iowa House seat will hold a public event on the afternoon of Saturday, February 24 in Fertile.

Tim Knutson, Democratic candidate for State Representative in House District 51, will be having a meet and greet at the Cafe Mir in downtown Fertile from 1 to 3 p.m. on Saturday, February 24.  District 51 in Iowa is comprised of Worth, Mitchell, Howard and western Winneshiek counties.  Republican Jane Bloomingdale, also of Northwood, is the incumbent and was elected in 2016.

According to the Knutson campaign:

Tim is running to get Iowa back to the basics. That includes fighting for northern Iowa in Des Moines, for jobs with good benefits, affordable and accessible health care, prioritizing education, improving infrastructure and protecting the environment through sustainable solutions.

Tim is graduate of Northwood-Kensett High School. Rural health care was the focus of the first part of Tim’s career. After working in two rural hospitals in health care administration, he was recruited to a large hospital system. His work there focused primarily on the group’s rural hospitals and included recruiting physicians for those areas. He understands well the plight of rural communities in meeting their residents’ health care needs.

Tim’s career transitioned to a large Texas multi-specialty physician group. The last 14 years were spent as a senior manager in physician relations while the group grew from 86 physician members to 150 at the time of his retirement. During that time Tim honed his skills in financial analysis, financial forecasting, recruitment, business plan development for new physicians and presentations to large groups. Tim believes that these skills will benefit the voters of District 51 if elected to represent them.

For more information, go to www.timforIowa.com. The Cafe Mir is located at 113 W Main St in Fertile.