ESTHERVILLE – A Northern Iowa man is accused of sexually abusing a 6-year-old girl and using a fake identity to get a job.

On April 10, 2019 an Officer with the Estherville Police Department spoke with an Estherville resident who reported that her 6-year-old daughter had possibly been the victim of a Sexual Abuse. The resident reported that she learned her daughter was possibly the victim of Sexual Abuse between the dates of May 1, 2018 and July 1, 2018. After taking the initial complaint, the Estherville Police Department forwarded the information gathered during the investigation to the Iowa Department of Human Services. 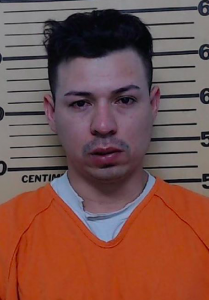