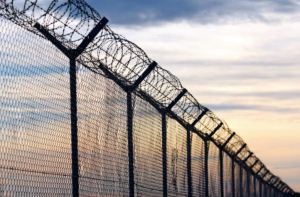 Gustavo Eduardo Diaz-Vasquez, 34, from Mexico, was sentenced this past Thursday to 72 months in federal prison by U.S. District Judge Fernando Rodriguez.

Diaz-Vasquez was further ordered to pay $9,000 in restitution to six known victims and will serve 10 years of supervised release following completion of his prison term, during which time he will have to comply with numerous requirements designed to restrict his access to children and the internet.

He will also be ordered to register as a sex offender.

At the hearing, the court read excerpts of several victim impact statements detailing how this is clearly not a victimless crime.

According to court documents, on or about Feb. 10, 2018, Diaz-Vasquez was attempting to enter the United States through the Veteran’s Port of Entry in Brownsville when authorities conducted a search of his cell phone.

At that time, they discovered Diaz-Vasquez was in possession of child pornography on his cell phone.

Diaz-Vasquez remains in custody pending transfer to a U.S. Bureau of Prisons facility to be determined in the near future.