This news story was published on October 7, 2019.
Advertise on NIT • Subscribe to NIT

Dustin Julich, 35, from Estherville, Iowa, was convicted of conspiracy to distribute methamphetamine and illegal possession of a firearm. Julich was previously convicted of theft and burglary, and was prohibited from possessing firearms in Iowa.

At the plea hearing, Julich admitted that from about December 2015 through February 2019 he and others distributed over 1 kilogram of methamphetamine in the Estherville, Iowa area. During a search warrant of Julich’s truck and trailer, law enforcement seized approximately ½ pound of methamphetamine along with two guns.

Sentencing before United States District Court Chief Judge Leonard T. Strand will be set after a presentence report is prepared. Julich remains in custody of the United States Marshal and will remain in custody pending sentencing. Julich faces a mandatory minimum sentence of 10 years’ imprisonment and a possible maximum sentence of life imprisonment, a $10,000,000 fine, and at least five years of supervised release following any imprisonment on the conspiracy conviction. On the firearm conviction, Julich faces a possible maximum sentence of 10 years’ imprisonment, a $250,000 fine, and not more than three years of supervised release. 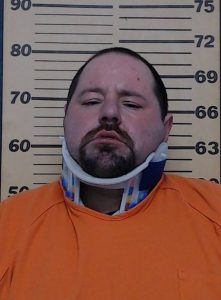