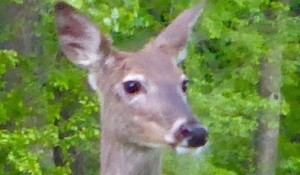 COUNCIL BLUFFS – An Arizona man found is guilty of deer poaching at an Iowa park and must pay thousands of dollars in fines.

Nicholas Slater of Glendale, Ariz. was found guilty following a trial on Feb. 12, 2018 for charges related to poaching a whitetail deer. The poaching incident occurred at Lake Manawa State Park in Council Bluffs on Nov. 19, 2016.

The total fines for Slater are $7,061.95, which includes court-imposed civil damages for the reimbursement of the deer. In addition, Slater will have his hunting privileges suspended for three years in Iowa and the Interstate Wildlife Violator’s Compact as a result of the conviction.

The Iowa DNR was assisted by the Arizona Game and Fish Department with the investigation.