Iowa land values drop but are still high; Cerro Gordo down over 13%

This news story was published on December 20, 2014.
Advertise on NIT • Subscribe to NIT 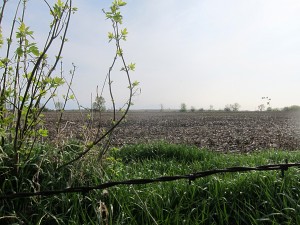 AMES – A report from Iowa State University says Iowa land values have dropped off from historic highs in 2013.

Since 1941, Iowa State University has conducted an annual land value survey to collect and analyze information on land values in each of Iowa’s 99 counties. This year, Michael Duffy, a retired Iowa State University extension farm management specialist and emeritus professor of economics, has helped transition responsibility for the survey from extension to the Center for Agricultural and Rural Development.

The results of the 2014 survey show that the statewide average value of farmland fell by 8.9 percent ($773 per acre) from last year’s historically high average. The average estimated value of Iowa farmland is now about $7,943 per acre.

The highest average land values were reported for Northwest Iowa, $9,615 per acre. The lowest average land values were estimated for South Central Iowa, $4,475 per acre. The only increase was in Southeast Iowa, 3.2 percent. The largest percentage decrease was in Southwest Iowa, 13.5 percent. The highest value was estimated for Scott County at $11,618 per acre, while the lowest value was in Decatur County at $3,587 per acre.